We all have a responsibility to fight corruption, President Kenyatta says 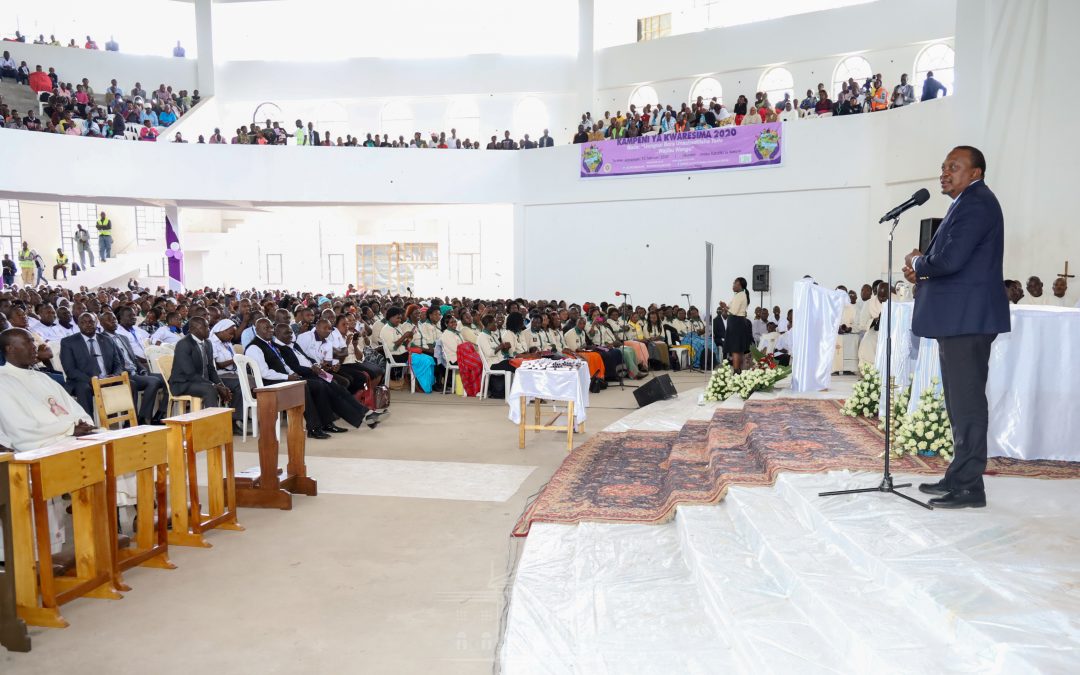 President Uhuru Kenyatta has urged Kenyans to work together in addressing the challenges facing the country.The President said every Kenyan has a responsibility to fight corruption and all the vices that hinder the country’s progress.

“Everyone of us has a responsibility to ensure we combat corruption, we protect our environment and we work together to ensure there is peace.

“If each and everyone of us play their roles effectively, I don’t see the reason why we cannot tackle the challenges facing us,” the President said.

President Kenyatta spoke today at the Marian Shrine in Subukia, Nakuru County where he joined Catholic faithful for the national launch of the 2020 Lenten Campaign and the Pastoral Letter.

The Head of State advised against passing the buck whenever things go wrong saying instead people should first look within themselves for solutions.

“If we mend our ways and focus on solving problems instead of apportioning blame, we will succeed in building a great nation,” the President said.

On the Building Bridges Initiative (BBI), President Kenyatta said Kenyans have an opportunity to present their views and ensure political competition will never again cause death and destruction of property in the country.

He said BBI will ensure people compete politically based on policies but not negative ethnicity which has always proved to be a recipe for disaster.

“Your ethnicity will not improve your living standards but vision and good policies will. And that vision can come from any Kenyan in any part of the country.

“If we are guided by good policies, I have no doubt that there will be peace and Kenyans will not live with the fear witnessed every election cycle,” the President said as he urged Catholics to spread the gospel of peace and anti-corruption during this Lenten season.

The special mass was led by the Chairman of the Kenya Conference of Catholic Bishops Most Rev Philip Anyolo who is also the Archbishop of Kisumu while the sermon was delivered by Archbishop Martin Kivuva.

The  theme of this year’s Lenten Campaign is ‘Stewardship for a transformed nation…my obligation” which is in line with the campaign against corruption that was launched by the Kenya Conference of Catholic Bishops in October last year.

Archbishop Anyolo urged all Kenyans to stand up and break the chains of corruption.

“We commit to the fight against corruption and may God give us the grace of courage to overcome the challenge,” Archbishop Anyolo said.