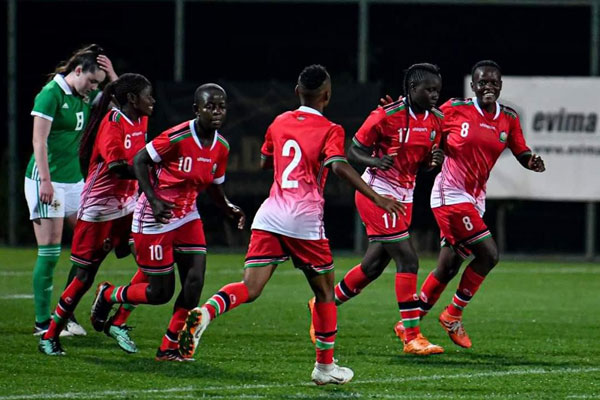 Kenya Women’s National team Harambee Starlets will be up against Ghana in their final Group A match of the Turkish Women Cup set to be played on Tuesday 10th Match, at the Gold City Sport Complex.

Starlets will be keen to bounce back after suffering a 5-0 defeat in the hands of Chile on Saturday 7th.

This was a shift from their outstanding performance on Wednesday where they beat Northern Ireland 2-0 in their opening match of the week-long tournament, while Chile maintained their perfect run having beaten Ghana 3-0 on Wednesday at the same venue.

David Ouma’s side had a flying start to the tournament after beating Northern Ireland 2-0 on Wednesday 4th but failed to maintain the moment in the second fixture of Group A.

Ahead of the clash, coach Ouma expressed his satisfaction with the team’s performance and is confident they can go all the way as he terms weekend’s defeat as a minor setback.

“The tournament is a source of measurement of our team in the world stage. The defeat by Chile is a minor setback on our part and we aim to bridge the gap in our final game against Ghana,” he said.

The two teams will be renewing their rivalry having clashed in the the 2020 Tokyo Olympic qualifiers where Kenya beat Ghana 1-0 in the third round.

Kenya is in Group B with Chile, Northern Ireland and Ghana, while Romania, Hungary, Venezuela and Hong Kong are in group A.