Shujaa to face all blacks in Vancouver 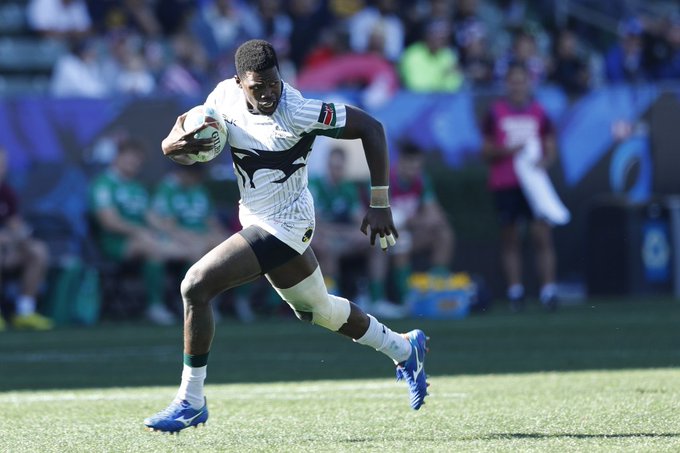 The national rugby sevens team Shujaa have been drawn in Pool C for the sixth round of HSBC World Rugby Sevens Series alongside New Zealand, Ireland and Spain to be played this weekend at the BC Place Stadium, Vancouver, Canada

Paul Feeney charges finished 14th in the Los Angeles Sevens with three points after losing to Scotland 29-24 in the 13 place final over the weekend in America.

Shujaa had beaten Wales 29-5 to reach the playoffs final. The only other win came on day one in the pool matches as they beat Ireland 29-12.

Other pool matches were 31-5 and 24-0 defeats to South Africa and Canada respectively.

Kenya Sevens now sit 11th on 29 points heading to next week’s Vancouver 7s at BC place in Canada. Scotland, Samoa, Spain and Wales sit behind Kenya after five rounds of the 2020 HSBC World Sevens Series.

In a repeat of the final from the previous round of the HSBC World Rugby Sevens Series in Sydney, it was South Africa who this time triumphed thanks to an extra time try from Sakoyisa Makata after the scores had finished level at full time 24-24.

The All Blacks Sevens are on 93 points but the margin of their lead has been cut to just four points with South Africa hot on their heels in second and Fiji a further 17 points behind in third.