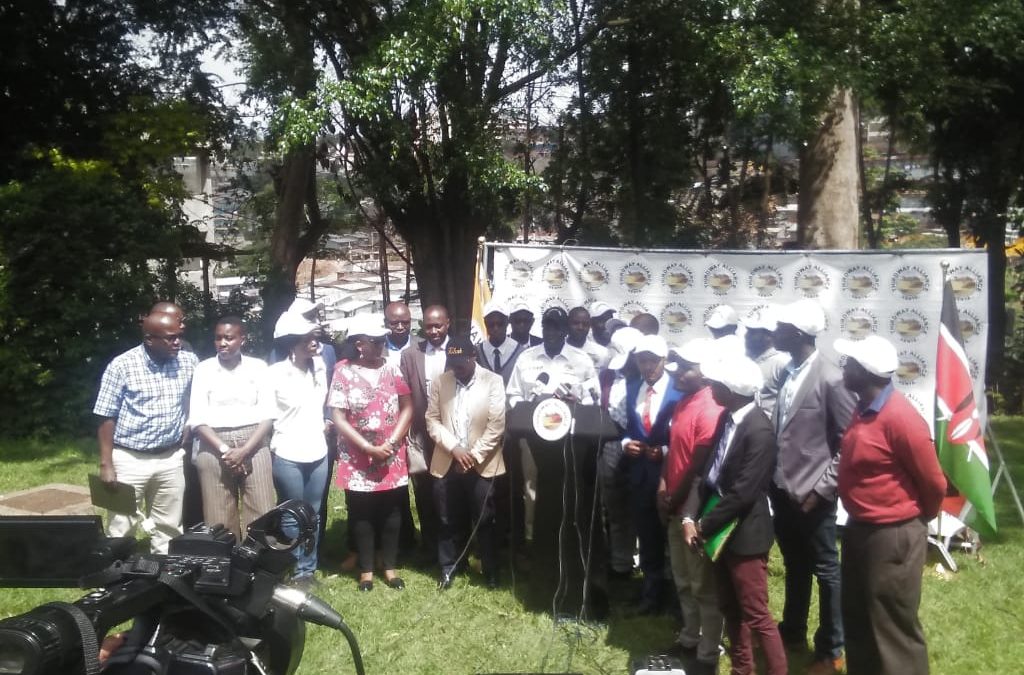 The Thirdway Alliance party has today unveiled a revised Punguza Mizigo Kenya initiative proposal, in a bid to amend the Constitution to benefit Kenyans.

Party Leader Dr. Ekuru Aukot says the proposal has tabled 10 areas of concerns affecting Kenyans which should be addressed through a referendum so as to benefit all the 47 million Kenyans.

He says the proposal seeks to criminalize violation of the Constitution by all the state and public Officers and ensure everyone is equal before the law.

Dr. Aukot cited cases where government officials and their familes run to private hospitals whenever they are seek for medical attention, leaving the poor to suffer in unequipped public health facilities.

The Punguza Mizigo Kenya initiative is categorised into 10 thematic areas:

A. Need to strengthen devolution and achieve accountability by county allocation by 50{d59e984f9fbc5c09e4ab0305e27bfa5819922b7230cd324f89a660f78358ca33}. Where by: –
i.Governors should become the Chief Accounting Officer to oversee all the financial approvals in the counties, so as money
ii. Abolish deputy governors posts.
iii. County Assembly Members to be given financial independence so as not to beg for monies from the office of the Governor, for effective accountability and balance.
B. Enhance inclusivity, by making education and health achievable to every Kenyan.
C. Reduce public wage bill, by reducing government Ministries to 10 or 15.
Abolish county and regional commissioner posts which Aukot says, are interfering with devolution.Also Reduce or merge parastatals; and reduce Constitutional Commissions
D. Strengthen Parliament and address the challenge of over-representation. Senate should be abolished, 349 M.Ps should be reduced. Kenya is over-represented
E. Enhance Integrity in Leadership and end impunity, by criminalizing violation of the Constitution such as failure to obey court orders; impose life sentence for those convicted of stealing; adopt public inquiries of past and present Commissions; corruption cases should be tried within three months.
F. Achieve gender balance.
G. Make elections in the country more cheaper after it was realized that Kenya’s elections are much expensive in the world.