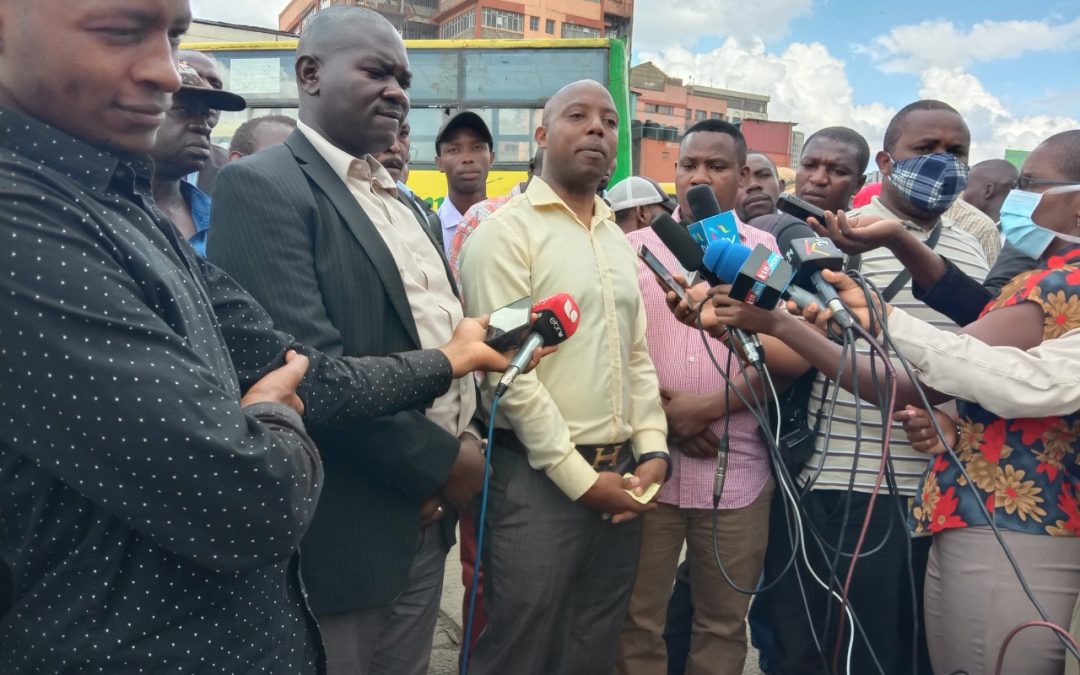 All public service vehicles will start operating from 6am to 6pm immediately the curfew that was announced by President Uhuru Kenyatta yesterday comes into effect tomorrow evevning. This is according to the Matatu and Boda Boda operators’ federation.

Addressing the press in Nairobi, the federation’s chairman Kushian Muchiri has also directed all heads of matatu saccos and transports heads to ensure that if they have more than one matatu, half of the fleet should remain at home while the other half operates.

This he said will help in the reduction of losses which the industry has suffered after many Kenyans opted to work from home.

In order to cushion Kenyans from the already hiked fares following Government’s directive that matatus should carry 60 percent capacity, the federation has called on the state to reduce fuel prices and also scrap away parking fees.

On his part, the Boda Boda Association of Kenya Secretary General Kenneth Onyango condemned the county governments that have banned boda boda services in their county. He further called on the government to come out with measures that can help those people who will be in the house.