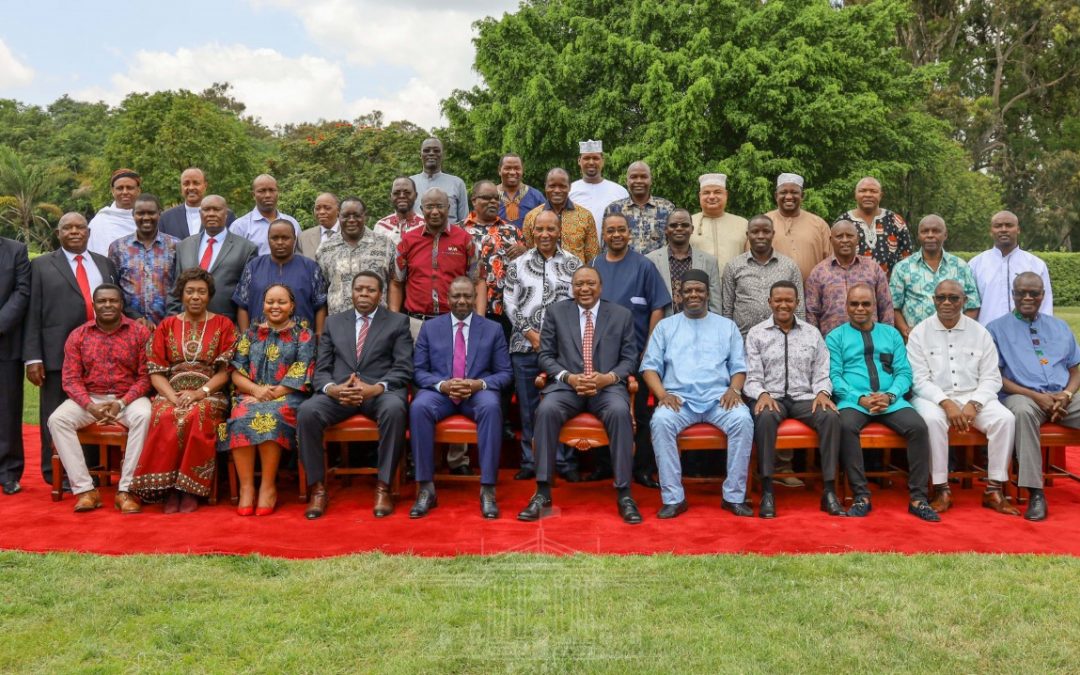 During the summit, the implementation progress of Big 4 Agenda aligned programmes was discussed.

President Kenyatta has expressed satisfaction with the ongoing roll out of Big 4 Agenda programmes on universal health coverage, affordable housing, manufacturing and food security thanked county governments for their partnership.

On disaster preparedness, the Head of State has lauded counties for their leading role in response to floods, land and mudslides that affected the country late last year.

President Kenyatta noted that Kenya has made tremendous progress since the inception of the devolved system of government which coincided with the first term of the Jubilee administration.

He said despite the remarkable progress achieved, there are challenges that have to be dealt with in order for devolution to work at its optimum.

The President has cited pending bills and corruption as some of the challenges preventing Kenyans from enjoying the maximum benefits of devolution.

He termed pending bills as a wrong against traders who he said are incurring losses.