No case of Coronavirus in Kenya, says Oguna 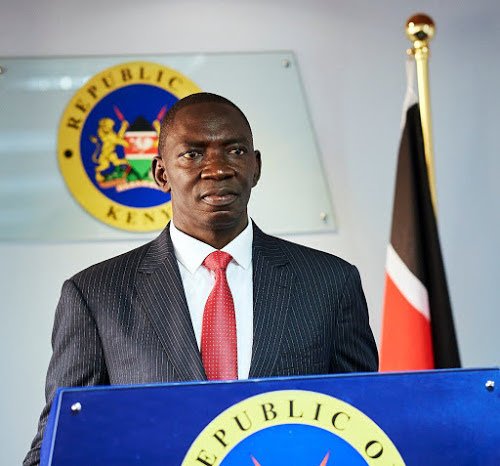 Kenya has no confirmed case of Coronavirus. This is according to the Government spokesperson Col. (Rt.)Cyrus Oguna.

According to the Government spokesman, the government is working closely with the Embassy of Kenya in China to ensure the 100 Kenyan students who are in the province of origin Wuhan, are safe.
The students are being accorded psycho-social support by experts and in terms of finance assistance. Government also says 3,000 Kenyans who are doing businesses and also employed are in other parts of China and are safe from the virus.

Back home, Col (Rt.) Oguna while addressing the press in Nairobi, said efforts have been put in place to ensure zero importation of the virus in the country. He said there is an activation of monitoring centres that is monitoring the virus and training of special teams to handle the cases in case of an outbreak.

Special teams have also been deployed in all the airports and points of entry including the Mombasa port, border entries and the Jomo Kenyatta International Airport.

With help of international donors, the Government, according to the Spokesperson, has created isolation facilities at the Kenyatta National Hospital and Mbagathi Hospital in Nairobi for emergency purposes.

The Kenyan government has released Ksh.1.3million for students who are trapped in Wuhan, China following the coronavirus outbreak.The Government Spokesperson said this is in addition to Ksh.500,000 donated by the Chinese Government to help the students get supplies.

The Kenyan government has made contact with the students and has been able to secure medical services for them. Rtd. Col. Oguna has further noted that all the students are in good health but maintained that bringing them back home would put them at risk of getting infected.