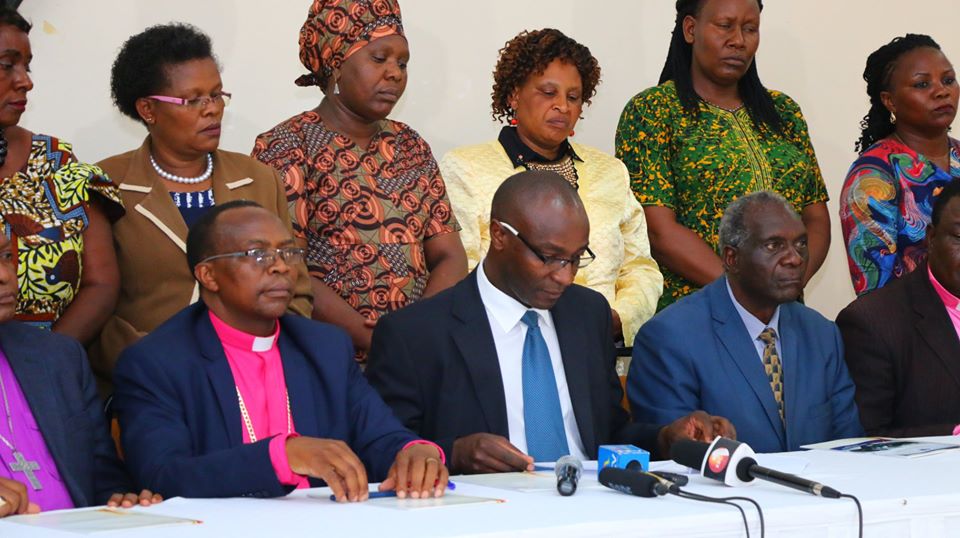 The National Council of Churches of Kenya (NCCK) in collaboration with patners who include Christian Health Association of Kenya, Evangelical Alliance of Kenya (EAK), Seventh Day Adventists and PEPFAR has today launched the Faith and Community Initiative (FCI).

The initiative is aimed at increasing the number of men and children who know their HIV status and to stop sexual violence against women and children.

Globally, there is a commitment by all actors to ensure that by 2030, there won’t be any new HIV infections, to contribute to this aspirations, the heads of member Churches of NCCK through the Faith and Community Initiative have committed to lead by example by taking the HIv test in public so as to inspire their congregation to also take the test.

Through the Faith and community initiative,the heads of member churches of the National Council of Churches of Kenya have committed to:

Addressing the press in Limuru, NCCK members led by General Secretary Rev Canon Chris Kinyanjui also committed to establish and strengthen support groups within their congregation for persons affected and infected by HIV.

The statement signed by chairman Archbishop Timothy Ndambuki and the NCCK Secretary General Rev. Canon Chris Kinyanjui concluded by quoting 1 Timothy 5:8 that “If anyone does not provide for his relatives, especially his immediate family, he has denied the faith and is worse than an unbelievers”