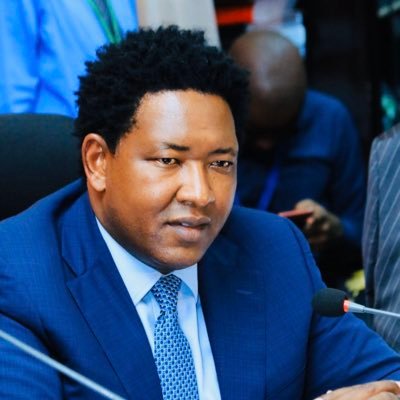 Senator Ledama Ole Kina has been arrested in a morning fracas with police detectives, shortly after leaving a local media house. Ole Kina who is facing charges of incitement,over remarks that are thought to border on hate speech, has been taken to the Kilimani Police Station to record a statement. A battery of lawyers arrived at the police station.

The National Cohesion and Integration Commission (NCIC) in a tweet immediately confirmed that it had collaborated with the DCI and was behind the senator’s arrest.

Before he was whisked into the waiting car he added: “A soldier dies once, a coward dies a thousand times”.

Ole Kina is facing charges of incitement, following remarks he made that the Maa community has been sidelined and their plight needs to be addressed.

Addressing the BBI Rally over the weekend at the William Ole Ntimama Stadium, Ole Kina petitioned the BBI steering committee to solve the land issues in the Maasai-dominated areas such as Narok, so that the local people could maintain a steady income.

He argued that non-locals were buying land meant for agriculture and then selling the same to make huge profits.

He explained that non-locals could buy land for as low as Ksh.70,000 per acre then subdivide it and sell for a minimum of Ksh.350,000 per acre.

According to him, the practice was denying locals economic progress because the subdivided land cannot accommodate a huge population.

He added that the sub-divided land had made it hard for pastoralists to move with their cattle in search for pastures.