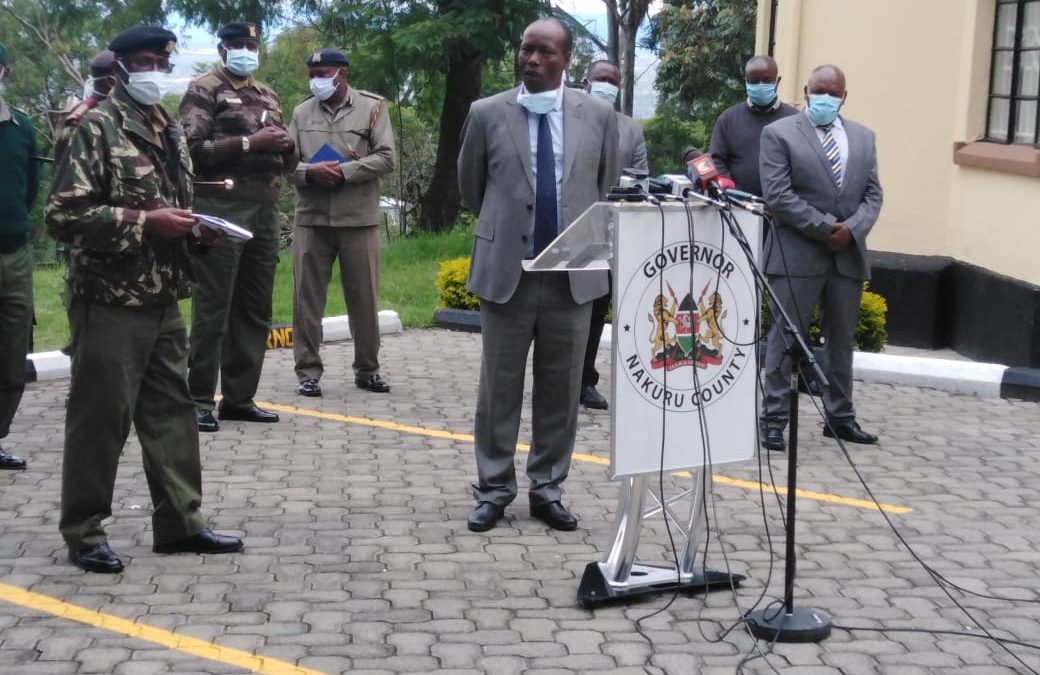 Nakuru Governor Lee Kinyanjui has said his county government will roll out Mass testing for the front line workers.

Addressing the press at his office in Milimani, the Governor said a special treatment center at Nakuru County Referral Hospital with four ICU beds has also been set up.

He has reiterated that there is high exposure for residents in areas frequented by long distance track drivers.

So far, 2119 track driver have been screened   out of which 3 have symptoms related to the Covid-19 and are currently quaramtined.

He has Urged the Community in the mentioned areas kfKikoey, Salgaa to be extra vigilant.

The governor has also put Bar owners put on notice saying those nabbed violating the directives will be apprehended and will serve as an example.

Lee says that So far 45 people have been tested and turned negative and are expected to be released from quatantine.

He has warned that they are at the risk of stigmatization asking the community to reintegrate the patients who have recovered and returned home.

191 suspects are being quarantined following succesful tracing. 186 of the people are negative. 5 results pending expected tomorrow. There are no confirmed cases in Nakuru.

The Goivernor has Urged The national government to institute remedial measures to institute discipline among the travelers. This with reports that travelers from Nairobi to Nakuru are violating the travel restrictions.

On production of masks The County has instructed all tivets to manufacture the masks. To provide jobs and to secure the county.