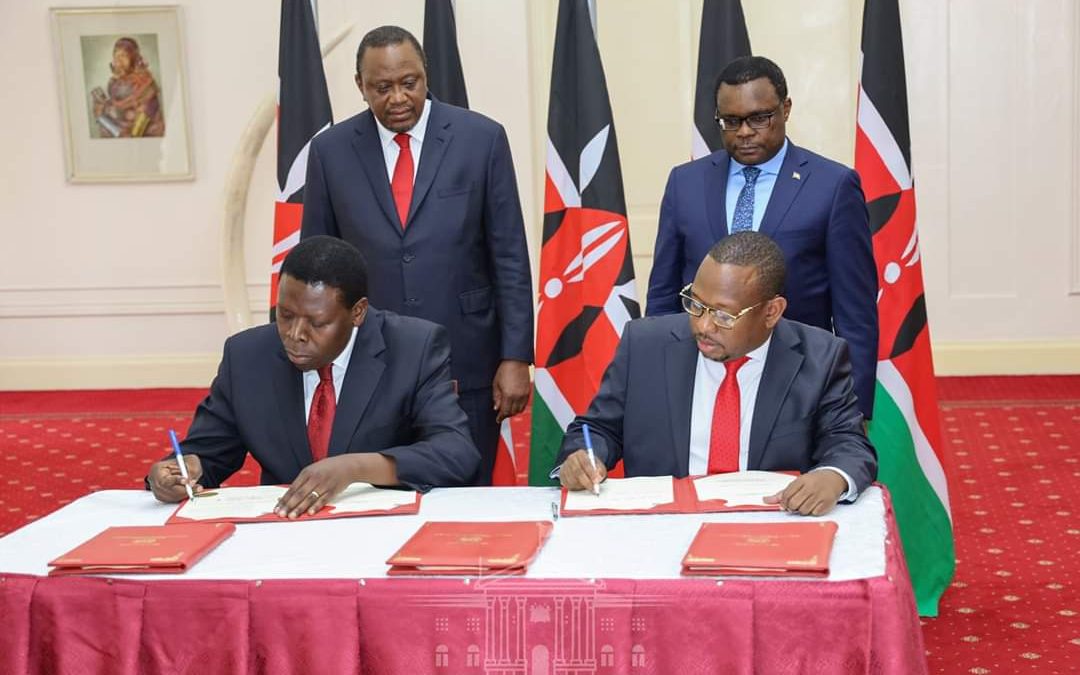 Nairobi Governor Mike Mbuvi Sonko has now handed over the running of the county to the national government.

In a land mark agreement signed at State House today, Governor Sonko and Devolution Cabinet Secretary Eugene Wamalwa in concurrence with President Uhuru Kenyatta, signed the agreement, handing over functions of the Nairobi County Government to the National Government, pursuant to Article 187 of the Constitution.

The signing of the agreement was also witnessed by the Speaker of the Senate,  Kenneth Lusaka and the Attorney General Paul Kihara.

Statehouse said the move will now ensure Nairobi residents receive services efficiently. The move comes as a breakthrough in the running of county services that had ground to a halt.

This comes even as the Nairobi county government had given Governor Sonko until Monday at 10.00 am to submit written replies to the allegations raised in the notice of motion seeking to impeach the governor.

Impeachment talk has been rife since Governor Sonko was arrested in December 2019 and charged with irregular procurement and payment of over Sh357 million.He was also barred from accessing his City Hall office.