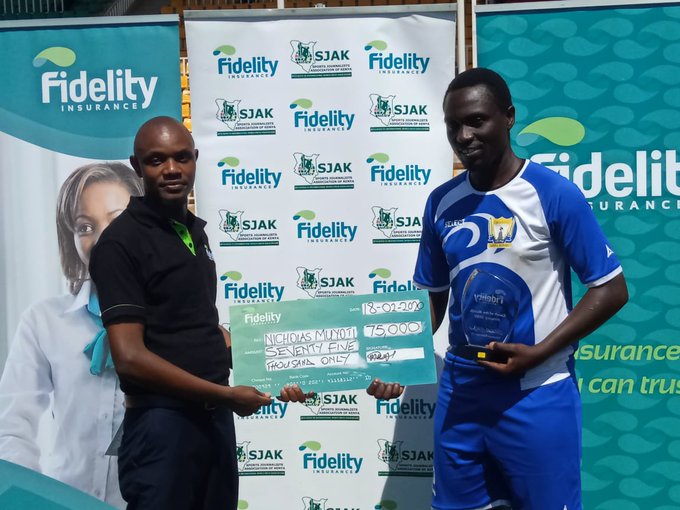 Kakamega Homeboyz head coach Nicholas Muyoti has been named as the best Kenyan Premier League coach in the month of January.

The former Harambee Stars beat his counterpart from Gor Mahia Steven Polack who came second in the tallying to win the award that is voted by Sports journalist association of Kenya, dubbed the SJAK/LG Award.

This is Muyoti’s first accolade since the inception of the award with his team still in contention for the league title, where they are currently placed third with 41 points; four points below leaders Gor Mahia.

The former Ingwe midfielder is contending for the Kenyan Premier League KPL title and underlined his credentials, when in January, he ascended to the summit and stayed there for 13 days before losing grip.

Muyoti bagged Sh75, 000 alongside a personalised trophy for his January performance.

“I am thankful to God who has led me thus far,” Muyoti told reporters after receiving the award on Tuesday.

“My appreciation also goes to the players, management, and sponsors for working tirelessly and ensuring that we win our games. We are prepared to go all the way and win this league even though our motto remains taking one game at a time”.

January saw the Kakamega based side win all their four games after wins against Kisumu All-Stars, Zoo FC, Gor Mahia and Kariobangi Sharks.

They next host a rising Chemelil Sugar FC at their Bukhungu backyard in their next league game.