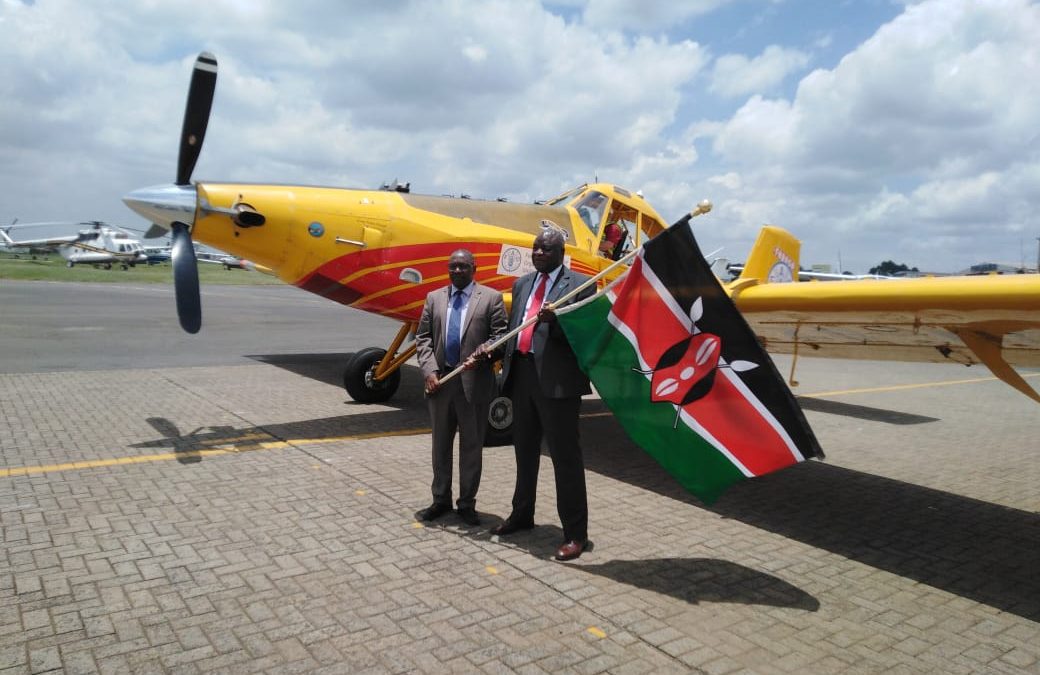 The Principal Secretary in the ministry of agriculture Prof. Hamadi Boga has today flagged off three airplane that will be used in the aerial spraying of the desert locust in Marsabit, Turkana and Isiolo counties.

The PS flanked  by FAO representative  Dr. Tobia Takavarasha has said that the government has today acquired an additional 3,000 litres of chemicals into the country, to be used in the spraying of the locust.

The three aircraft that have been procured, one from Firm land aviation in Kenya and two from OSMOND aviation SA ,have been deployed to  Marsabit, Turkana and Isiolo counties .

Speaking at the Wilson Airport in Nairobi, the CS has said that the new aircraft will focus on spraying the hopper bands that have been reported in the counties. Yesterday the Cabinet Secretary of Agriculture Peter Munya said that the third face in the fight against the locust will be preventing the locust from forming into new swarms.