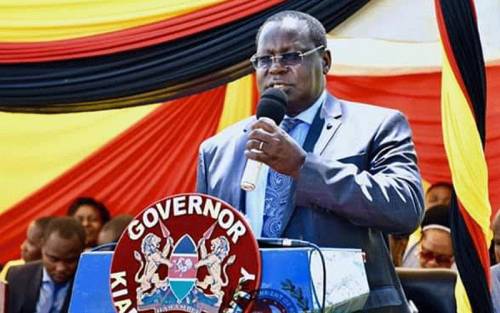 Nyoro has named Joyce Wanjiku Ngugi as his deputy and now awaits to be vetted by the county assembly.

Joyce is the wife to former Gatundu South MP, the late Joseph Ngugi.

She had vied for the Gatundu South seat but bowed out at the last minute citing intimidation from other candidates.

The mother of two is a counselling psychologist with a Masters degree in Education from Kenyatta University having gotten her first degree from Egerton University.

She has been the Chairperson of the National Council for Children Services.

Nyoro was sworn in last month as the county chief after Former governor Ferdinand Waititu was impeached by the senate.

Those dropped from Nyoro’s new cabinet are the CEC for Education Joseph Kang’ethe Nganga, and the CEC Roads  Julliet Gathoni Kimemia from the Roads and Transport docket.

Those reshuffled include the CEC for Trade Mburu Kangethe  who now takes over the Finance docket, while Francis Kigo Njenga moved from Finance to Trade . Meanwhile Mary Kamau has been moved from the Health docket to the Education docket in the County.