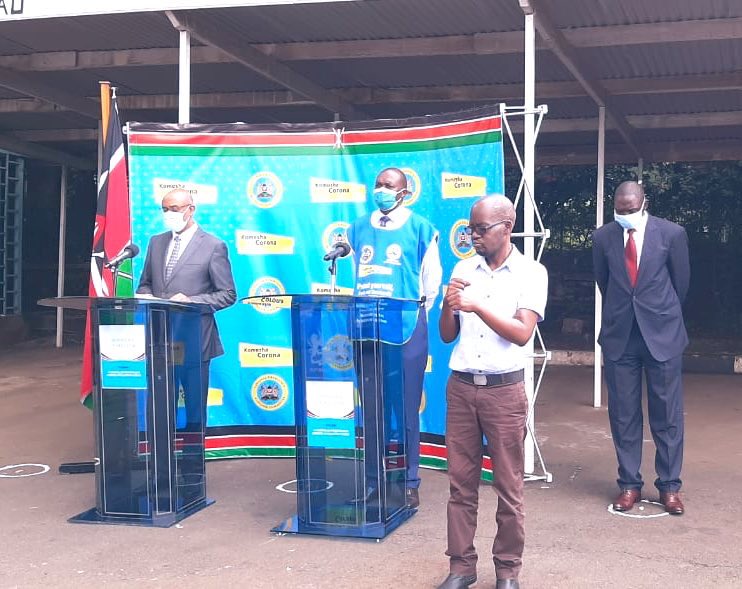 Kenya has recorded the highest number of recoveries in a single day since the first Covid-19 case was recorded on March 13, 2020.

This is after 15 more people recovered from the virus in the last 24 hours, marking the highest number of discharges in one day.

As the country enters day 43 from when the first case was reported, the number of Positive cases in the country has hit 396.

This is after 12 new cases were reported in the country. Seven of these are from Mombasa, Nairobi (3), Wajiri (1) and Kitui (1).

Five of the new cases were from the designated quarantine centres while seven were picked up by the Ministry of Health’s disease surveillance team.

The cases in Mombasa are spread between Old town (4), Bondeni (1), Bomani (1) and Kitunguni (1) with the Nairobi cases being from Eastleigh, Fedha and Kileleshwa.

Of the 12 new infections, nine are male and three female, all aged between one and half years and 75 years.

The new cases are from 777 samples tested in 24 hours with a total of 20,268 samples tests having been tested so far.

On Monday, Wajir County Commissioner Jacob Narengo said that four people intercepted at Kenya’s border with Somalia would be monitored at a local isolation centre.

The surge in cases of the virus in Somalia, is a wake-up call for the public, this is after the country had a total of 582 confirmed cases of Covid-19 by Thursday and a total of 28 deaths.

Meanwhile, the ministry’s acting director general Dr Patrick Amoth said there are 210 patients in various hospitals across the country. Of all these, 208 are in stable condition with only two being in critical condition.

In the wake of reports on the ministry’s expenditure that has caused uproar online, Dr Aman said the accounting team will issue a detailed report in the coming days.

This follows outrage from a section of Kenyans online after the ministry spent huge sums on tea, snacks and phone airtime for its staff.

On his part, Ministry of Health acting director general Dr Patrick Amoth once again reiterated that the projections of cases are based on modelling and are ‘worst case scenarios’, meaning that the number does not have to be realized.

The ministry had in its model projected 10, 000 cases by the end of April which is today.