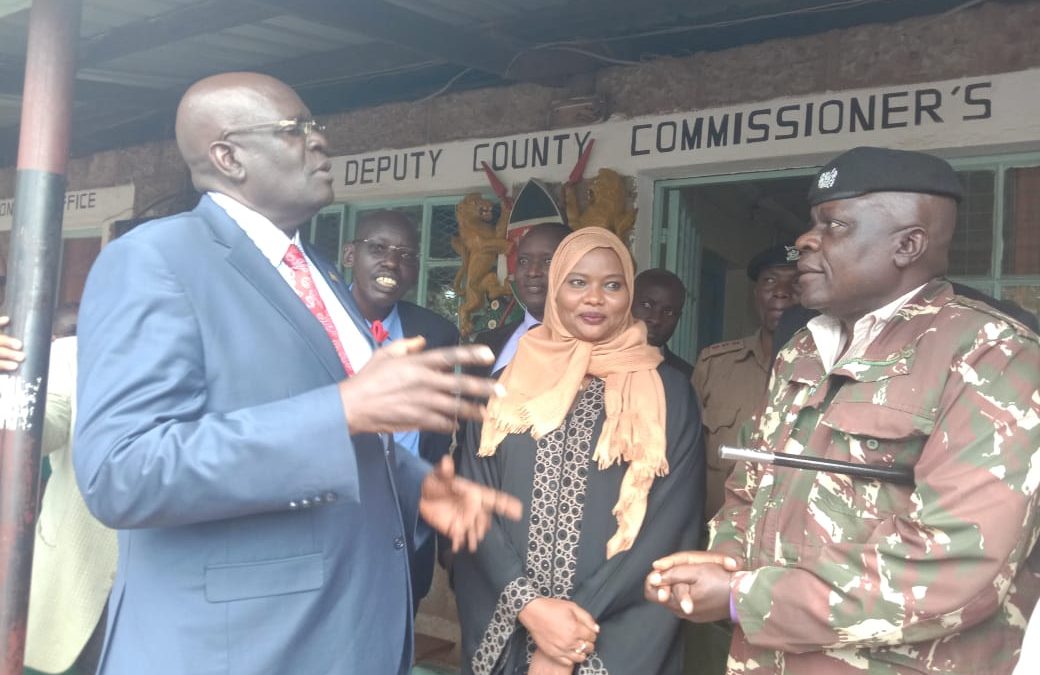 Addressing the press in Kibra constituency in Nairobi County, Prof. Magoha noted that some of the candidates who are yet to join form one might have left the country or died.

The Ministry has directed all field officers to conduct regular monitoring of all the students admitted to Form One to track them across the four-year secondary school cycle to ensure 100 per cent retention and completion rates.

Following the high enrollment in secondary schools, the Ministry has advertised tenders for the construction and expansion of school facilities at a cost of Sh 8.2 billion through a partnership with the World Bank-supported Secondary Education Quality Improvement Project (SEQIP). Prof. Magoha has warned that anyone who steals the money will face the full force of law.

Prof.Magoha has further called on private sectors to help the government in improving secondary schools infrastructure.

The tough talking Cabinet Secretary has also assured that school safety issues will be addressed. This follows the Kakamega Primary school stampede that left 15 students dead. Magoha has further directed teachers to guide students up and down the stairs in schools that have storey buildings.

Even as the Government insists that the 100{d59e984f9fbc5c09e4ab0305e27bfa5819922b7230cd324f89a660f78358ca33} transition is a success, what remains to be a challenge is infrastructure. In 2019, the world vision blamed congestion and poor educational standards in schools on the huge number of admissions to the institutions.