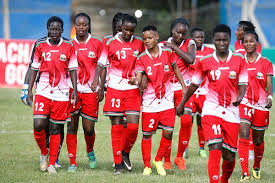 In a match staged at the Gold City Sport Complex on Wednesday 4th, Starlets were forced to a goalless draw in the first half. However, Janet Bundi put David Ouma’s side ahead in the 62nd minute before Jentrix Shikangwa made it 2-0 13 minutes later.

Judith Osimbo refused to concede as he kept a clean sheet for his side with Starlets holding until the last minute.

Starlets will be up against Chile on Saturday at the Starlight Sport Complex before entertaining Uzbekistan on Tuesday next week in their final group A match.