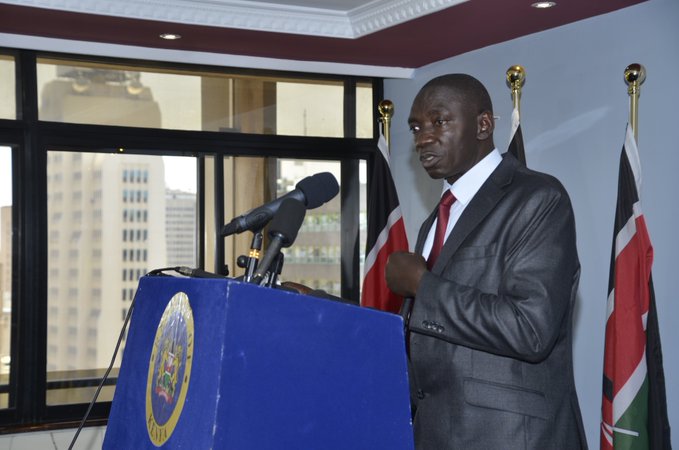 The government has maintained that there are no cases of Coronavirus in the country.

In a statement, Government Spokesman Col (Rtd) Cyrus Oguna said reports circulating on social media on the same are fake. Col.Oguna notified the public that the authors circulating the rumours will soon be arrested and prosecuted by the Cybercrimes detectives.

The government spokesman reported that the source of the rumours were contained in an audio clip doing rounds on digital and social media, purporting to be a press briefing on COVID-19.

Col Oguna also reminded the public that it is a crime to impersonate a government official.