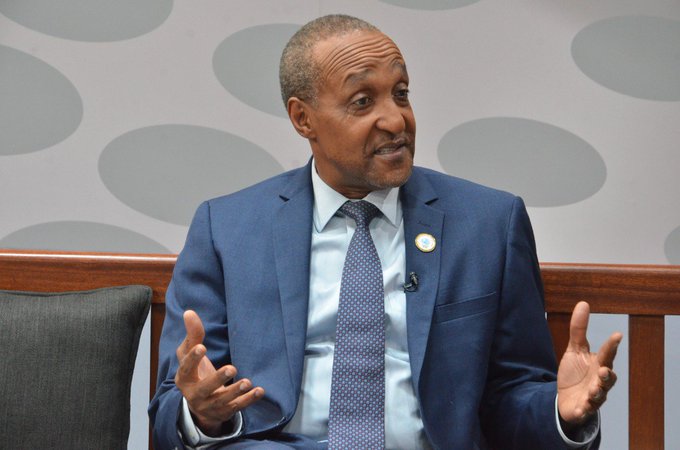 The Ministry of Foreign affairs has raised concern over the effects the of COVID-19 on Kenyans living in the diaspora.

According to the Principal Secretary in the ministry Amb. Macharia Kamau 5 Kenyans are reported to have died in the last month since the pandemic begun with underlying issues. He however said the government is doing all it can to cushion Kenyans living in the USA.

Amb. Kamau also raised concern of massive job losses and deaths. The PS has said 21 students have been stranded in Hungary with another 61 train assistance in France stranded. The ministry is yet to get full info on Kenyans living in the UK. With all embassies working at home, information dissemination on the conditions of Kenyans in diaspora has been scarce.

In the middle east, many Kenyans have been affected with many losing their jobs. In Asia, a similar situation is facing Kenyans with the continent registering the greatest impact. However, no death of Kenyans has been registered in the continent.

“India is on full lock down. No flights can go into India and we are unable to be able to facilitate any kind of travel for Kenyans in and out of India. We have registered over 64 Kenyans who have been caught up in the lock down in India. These are people who had gone there for medical purposes, and we even believe that there are more, ” Amb. Kamau Said

Amb.Kamau has further admitted to the discrimination of  Kenyans in Gungzhou as the Chinese  government tries to stop another resurgence of the virus.

“Our ambassador and her team have continued to work very hard to reach out to all of our diaspora in china. And I can tell you anytime any one has been brought to me individually having been affected negatively by these circumstances, where Africans and or Kenyans have been discriminated against, we have taken up that matter directed. And every single one of them has been resolved. What is important however is that we send a message to our friends and our relatives and our students in China that it is very important that they remain disciplined int the way in which they engage with the government of China, particularly when it comes to testing..protecting themselves .. and adhering to the rules and regulations of China”, Amb. Kamau stated.