FKF Clubs enter round of 16 matches 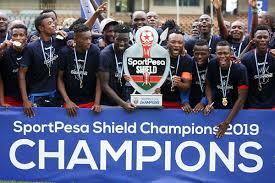 After the conclusion of round of 32 of the FKF Cup matches over the weekend, the showpiece now enters the round of 16.

Kenyan Premier League clubs are set to face each other with Bandari taking on Sofapaka while Gor Mahia will entertain Posta Rangers. The last 16 fixtures will be played on the 14th and 15th of March 2020.

Another KPL side KCB will face it out will their league counterpart Wazito.

The team which will lift the trophy will get the chance to represent the country in the CAF Confederation Cup next season.

The quarter-finals have been slated for the 11th and 12th of April with semis set to be played on 9th and 10th May.

The finals of the tournament will be played on 30th May 2020 with the winner set to take home Kshs 2 Million while the runners up pockets KShs 1 Million. The third-placed and fourth-placed teams get KShs 750,000 and KShs 500,000 respectively.