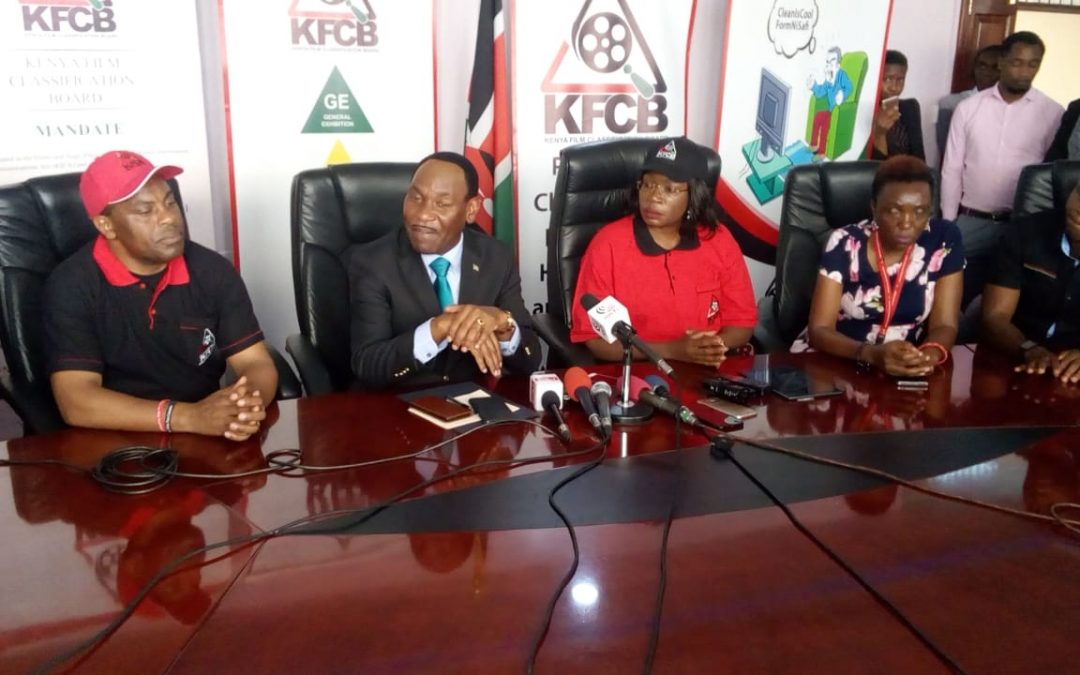 Kenya Film and Classification Board (KFCB) CEO Dr.Ezekiel Mutua has expressed his disappointment with some of the songs being played in the BBI rallies and utterances being made by a section of the leaders.

Dr. Mutua says the songs have dirty content and should not be played before the watershed period.  Addressing the press in Nairobi, the KFCB CEO put DJs hired to play music in the rallies on notice saying the board will not spare them for violating the law.

While condemning the songs that have dirty content, Dr.Mutua said it is embarrassing to watch national leaders dancing to the tune of the said songs.

He cautioned the Dj’s who are in charge of entertainment at the BBI rallies to avoid playing music that has been banned by the board.

He lamented that he had received complaints from members of the public decrying the rogue nature of the PSV sector, which he said conducted business with impunity.

KFCB boss Dr. Ezekiel Mutua has appealed to national leaders to help clean the airwave by encouraging songs that are inspiring.

Dr. Mutua was speaking after unveiling KFCB’s National Clean Content Ambassador Betty Adera. In her acceptance speech, Adera said she will work closely with the Film and Classification board in generating clean content.