Faulu Bank signs agreement with farmers in Busia and HomaBay 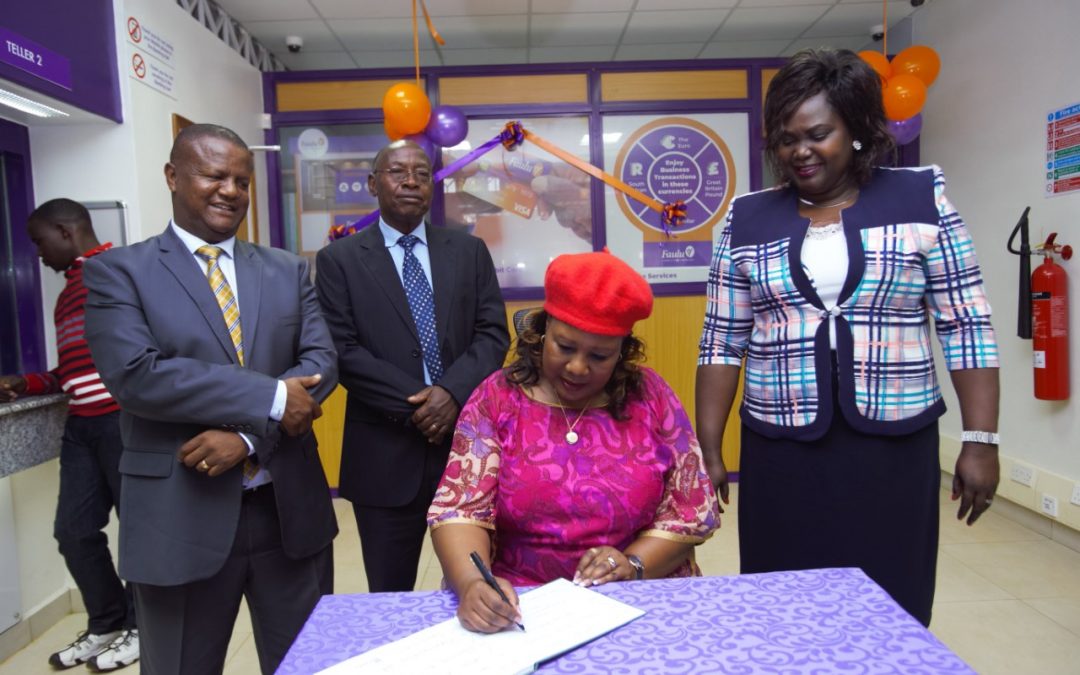 Leading microfinance bank, Faulu Kenya, has entered an agreement with the Feed the Future Kenya Crops & Dairy Market Systems Activity (KCDMS), a USAID funded program, that will see it extend tailored financial services to farmers in Busia and Homa Bay Counties. The partnership is expected to benefit at least 10,000 farmers in both counties within three years.

To hit this target, Faulu Kenya will work with farmer groups, with each group having between 30 and 50 farmers. The microfinance bank aims to recruit 100 groups annually over the three-year life cycle of the project.

Under the partnership, farmers will also benefit from training, capacity building and market access. “We are pursuing a 360-degree approach with this project, ensuring that farmers not only have financing for seeds and quality inputs, but also the skills to market and sell their produce on favourable terms,” said Faulu Bank Managing Director Mr. Apollo Njoroge.

The move comes at a time when the microfinance bank has opened two new branches, one in Busia and the other in Homa Bay. “Our physical presence in these two counties is a clear signal that we are ready to walk with the farmers through their journey,” said Njoroge, adding that the bank was also in advanced stages of rolling out digital agri-business solutions to enhance convenience for its customers in the targeted counties.

Mr. Njoroge also noted that, in addition to credit and savings schemes, farmers would be able to access insurance solutions. “The partnership will see farmers access affordable crop and livestock insurance products to cover risks such as crop failures,” he said, citing the growing risk of climate change and its impact on farming communities.

“We are proud to have a partner like Faulu Bank who share our goal of uplifting smallholder communities. Their move into agriculture is particularly timely as agriculture is one of the greatest drivers of development owing to the number of youth and women in the sector,” said Mr. Jared Kassam from KCDMS.

Faulu Kenya’s foray into agriculture is part of its strategic push in the MSME sector, which largely consists of small traders who lack access to formal financial products. As part of this strategy, the institution recently inked a deal with Car and General as well as Bajaj that will enable its customers in the transport business to acquire below market rate priced motorcycles.

Under the deal, Faulu customers, mainly organized in Saccos, will benefit from an innovative solution that includes affordable financing, insurance and the installation of tracking or anti-theft devices on their motorcycles.

According to the Motorcycle Assemblers Association of Kenya (MAAK), there are about 600,000 commercial motorcycles currently operating in Kenya, each earning an average of Sh1,000 a day which translates to an annual turnover of Sh219 billion. The industry is one of the biggest drivers of the economy.