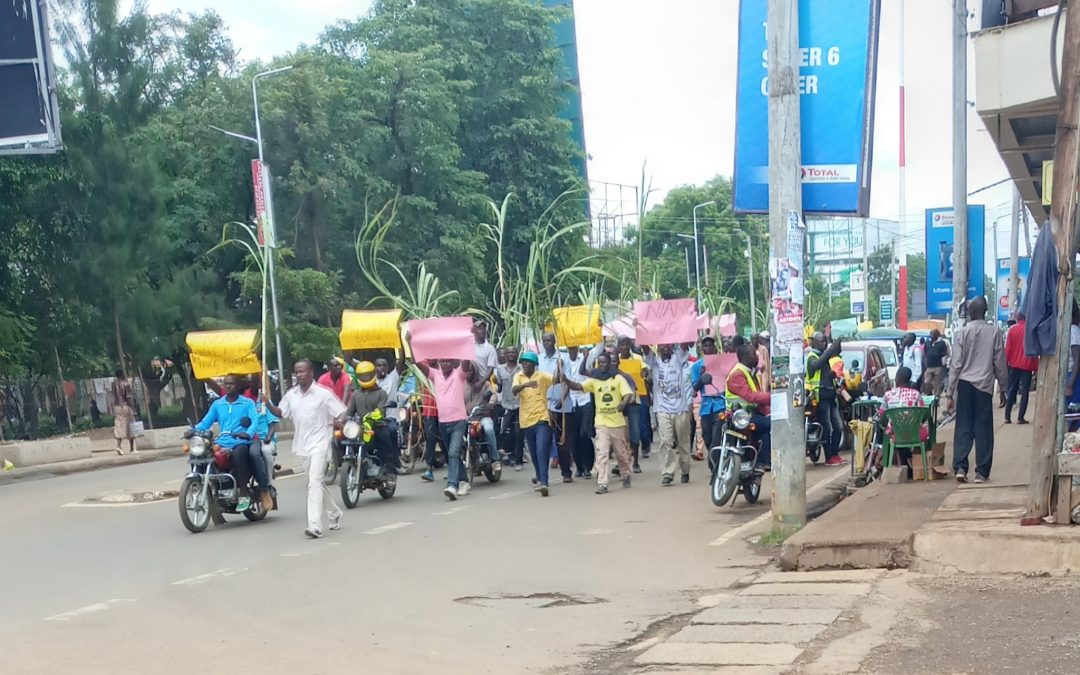 Kenya Union of Sugar Plantation and Allied Workers General Secretary Francis Wangara says four thousand people have been affected by the closure while 1,000 employees have been directly affected

Wangara accused NEMA of failing to give a closure notice saying they will not accept the move as the management authority has failed to prove if anyone was affected by the effluent released.

Wangara further added that Kibos Sugar has been operating other sugar millers in the country saying that its closure is politically motivated and not purely based on the environment conservation.

The cane farmers, drawn from Muhoroni and Tinderet say the closure of the sugar company has resulted in huge loses since they have nowhere else to take their crop.

T hey claimed no consultations were done as required by the constitution before the decision was made. Speaking at a meeting in Muhoroni, they said they ought to have been given time to supply all harvested cane so as to avoid loses.

The growers pointed other millers in the region are facing various
challenges and are now threatening to stage a demonstration next week
to push for the government’s intervention.

While ordering the closure of Kibos sugar factory and Allied Industries, NEMA said they had violated air quality regulations. This follows a survey which found out that emissions front he sugar miller are five times more than what is acceptable.

Chemelil is facing a financial crisis, forcing farmers to take their
cane to other millers while West Kenya Sugar company takes in 150
tonnes of cane a day, a quantity farmers say is too low.