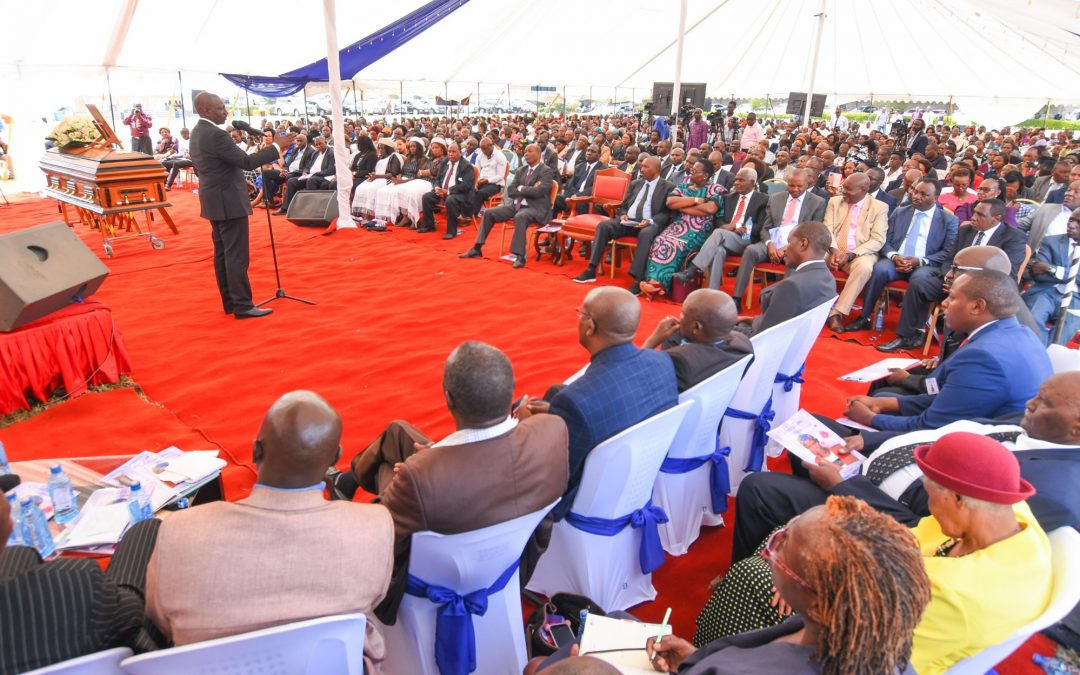 Deputy President William Ruto has urged leaders to stop seeking political popularity through incitement. He said some leaders were planning to hijack the Building Bridges Initiative (BBI) and use it to divide Kenyans.
Dr Ruto said the ongoing deliberations on BBI should be conducted in a manner that they do not breed division and hatred.

“Let us all heed to President Uhuru Kenyatta’s call and support BBI because we are committed to uniting all Kenyans,” he said.
The Deputy President spoke in Lanet, Nakuru County, during the burial of Josephine Wambui Kimotho, mother to former Nakuru Mayor Samuel Mwangi.

Dr Ruto observed that politicians inciting communities against each other were immature, and do not understand the outcome of their careless utterances.

His sentiments were echoed by Mr Kinyanjui who said those inciting Kenyans were politicians who were studying abroad when the country experienced post-election violence in 2008.
“Some of them even have dual citizenship; should Kenya go to war, they would leave the country.” The Nakuru Governor urged Kenyans to ignore individuals propagating ethnic animosity and instead focus on improving the content of the BBI report.

MPs who spoke urged their opposition counterparts not to use BBI to divide Kenyans.They faulted opposition leader Raila Odinga for defending Narok Senator Ledama Ole Kina’s recent sentiments on land ownership.
“As a national leader, how do you sit in a meeting where leaders plot against a community and all you can say is that they were speaking their mind,” said Mr Kositany.
Mr Kuria said politicians should be honest in the BBI discussions and condemn those who contradict the principles of the Initiative of reconciling and uniting Kenyans.

Mr Mugambi wondered how the country would achieve national cohesion through BBI yet it had turned out to be a divisive tool.
“How can you build bridges when you have declared war against another community?”

Ms Chelule dismissed Mr Ole Kina’s sentiments, terming them retrogressive.
“We have other communities that have bought land and settled in Nakuru County, does it mean we have to send them to their ‘homes’? She posed.
On his part, Mr Ngujiri said they would support BBI if it would be spearheaded by President Kenyatta and Mr Ruto and not by “those inciting Kenyans”.