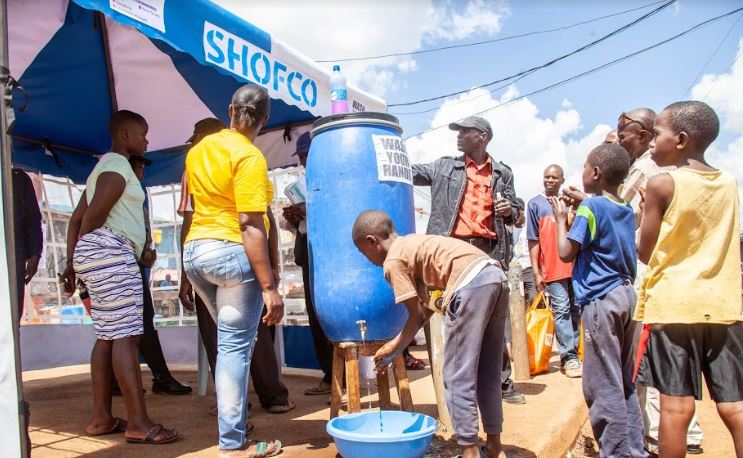 Crackdowns have been intensified in Rift Valley to ensure the
guidelines issued by the Ministry of Health are fully complied with. Regional Commissioner George Natembeya says the crackdown will be
carried out not only in urban centers but even at the remotest parts
of the region. Natembeya noted government directives must be observed, warning stern action will be taken against those defying them. According to him, they are also ready to implement any other directive, including a total shut down if issued by the relevant authorities.

Speaking after carrying out impromptu visits in parts of Nakuru, he
noted the police are also keen to ensure motorists comply with
guidelines. Natembeya also told traders to provide sanitizers and clean water for their customers so as to help curb the spread of COVID-19 and further warned that no gathering will be allowed in the region.

In Eldoret, Uasin Gishu County Police Commander Johnstone Ipaara has clarified that individuals loitering in town are the ones required to go back home. This is after police officers went round the town asking people to go home, causing panic among residents.

But according to Ipaara, those targeted are the ones idling in town.
Speaking after a meeting with Matatu operators in Eldoret, the County Police Commander further affirmed that all Hawking activities in the town had been suspended until further notice.

And in Narok, residents in the county have been cautioned against defying the anti-COVID-19 instructions issued by the Government. This is after some herbalists came out claiming to have the herbs that cure the new Corona Virus. The herbalists say the medicines have been used to treat various
diseases over the years and should be allowed to distribute them.

County Commissioner Samuel Kimiti says there is currently no cure for
the virus and any contrary claims should be ignored. Addressing the press, he maintained there are procedures to be followed before any herbal or synthetic medicine can be permitted.

Kimiti also urged locals to observe all instructions issued by the
Health Ministry adding that security officers are on keen to ensure
the instructions are implemented.

In Taita Taveta, the county government has announced that it has scaled-down services in a bid to control the spread of the deadly coronavirus. Director, Directorate of Communications and County Government Spokesman Dennis Onsarigo, says Governor, Granton Samboja has opted to scale major operations so as staff can work from home as one of the drastic measure aimed at curbing the spread of the Coronavirus.

However, the dockets of Public Works, Road, Transport and Infrastructure, Health Services, Finance and Economic Planning (Revenue Enforcement), Water Environment and Sanitation will remain operational.  All employees in the said departments have been directed to continue discharging their duties.

Meanwhile, the county government of Taita Taveta has also established a 24-hour response center under the command of the County Health Management Team at the Moi County Referral Hospital to respond to any case of the deadly virus.