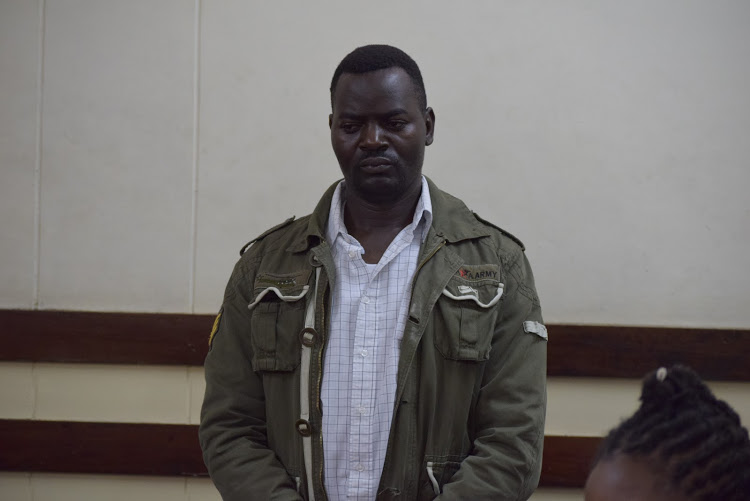 Administration Police Officer Zaddock Ochuka who is alleged to have shot a Boda Boda driver Daniel Mburu at Mama Lucy Hospital last month has been charged with murder.

Ochuka denied the plea of murder before Justice Stella Mutuku.

The prosecution will call a total of 22 witnesses.

In the meantime, he will be remanded at Industrial Area as he waits to argue his bail application before Justice Wakiaga

His lawyer has told the Makadara Chief Magistrate had granted him a police bond of Sh 1 Million that they have already paid.

The case will be heard on September 22,23 and 24 before Justice James Wakiaga

The court heard the Magistrate gave the bond on Friday last week.

However, Justice Mutuku ruled that the said bond does not apply to this murder case since what was before the Magistrate was a miscellaneous application