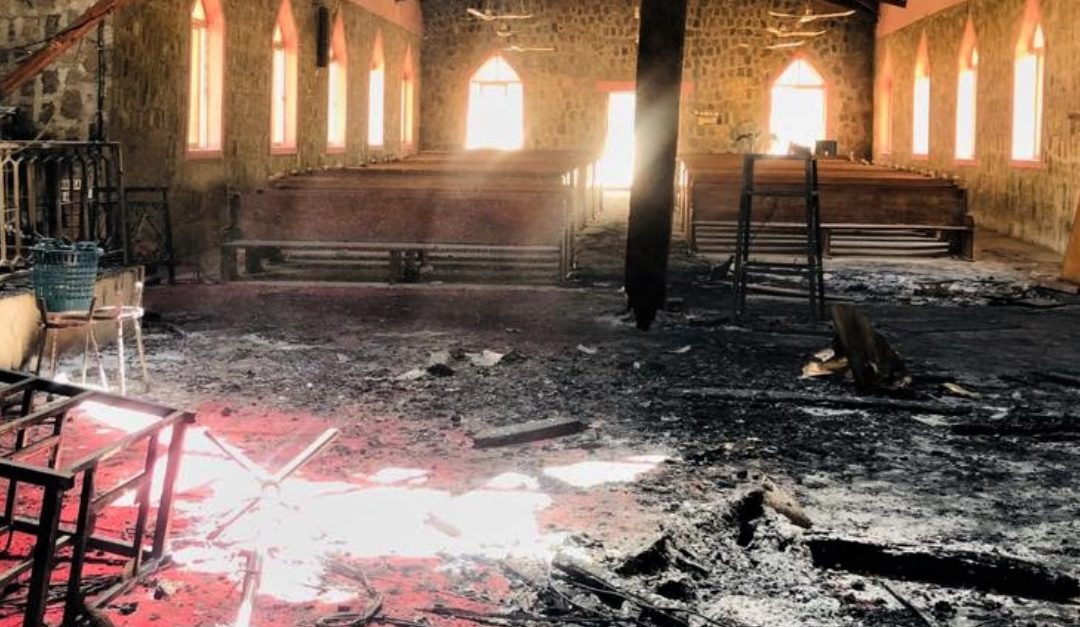 Thousands of people have been displaced as three church buildings and the houses were set on fire in predominantly Christian Garkida, in Adamawa state’s Gombi County,Nigeria.

In that  effect, Christians have been called upon to pray for Christians in Garkida, Gombi LGA and its environs, that God will take control over the current situation they’re faced with.

The charred buildings belonged to the Church of the Brethren (EYN), the Anglican Church and the Living Faith Church, area resident Watirahyel Mshelia said.