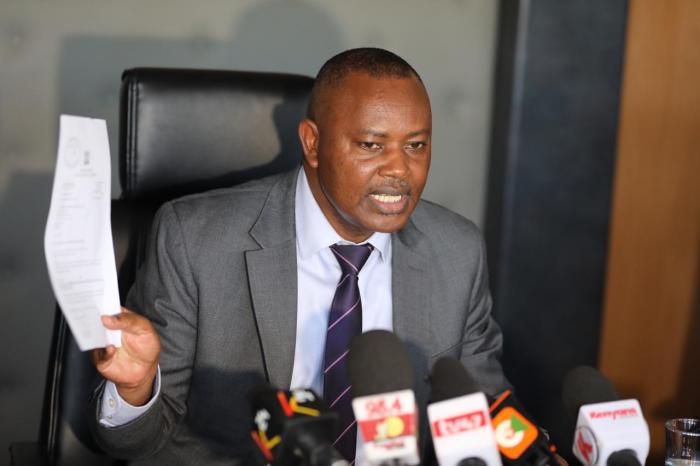 Detectives and forensic experts from the office of the  Director of Criminal Investigations has this afternoon revealed  CCTV footage showing former Sports Cabinet Secretary Rashid Echesa and other suspects were in Deputy President William Ruto’s Harambee Annex office for 1hr 22mins and not 23 mins, in the fake arms deal scandal.

Addressing the press at the DCI headquarters this afternoon, the forensic experts said they are at the preliminary stages of the investigations into the cold-blooded murder of seargent Kipyegon Kenei who was a guard at the office, and was a witness to the meeting.

The experts say they can link the killing of Kenei to the scam hence are investigating murder and not suicide as has been alleged.

DCI boss George Kinoti said from the CCTV footage, it was clear Kenei was receiving instructions from someone, as he ushered the foreigners into the meeting room.

According to the postmortem results, Kenei died from a single contact gunshot wound.The results showed that  Kenei died a day or two before he was discovered.

Kenei’s family has said that he will be ferried to his Chamasis village home for burial this Saturday.