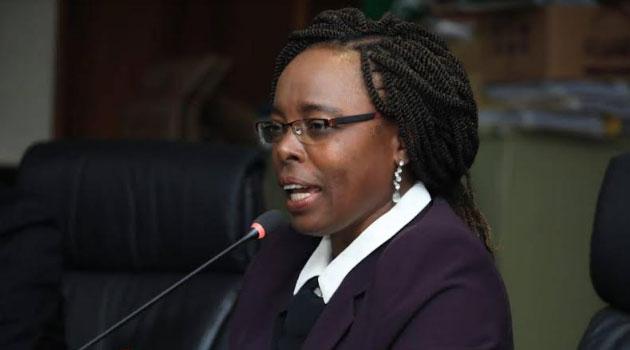 The Controller of Budgets Margaret Nyakango now says her office is not to blame for the  counties that are yet to pay its workers the January salaries. Speaking when appearing before the finance and planning committee of the national assembly, Nyakango pointed out that the 25 counties which are still to pay its workers have not yet prepared a framework in which they will use to clear the pending bills .

Nyakango added that all the counties that had forwarded the payment plan to her office, had their funds released for salaries and other expenditures.

The comments by the newly appointed controller of budgets come as the union of county workers have threatened to mobilize workers to go on strike if the salaries for January were not paid in ten days time .

Apart from the salaries issue in the counties, the controller of budget also presented its budget plan policy to the committee and also decried the slashing of funds to her office, saying it has made it hard to move to the counties and evaluate the county government projects.

Also appearing before the committee of parliament on finance was the salaries and remuneration commission led by its chairperson Lyn Mengich and CEO Ann Gitau. The two also expressed dissatisfaction in the lack of sufficient funding to digitize and  evaluate the public workers and state officers’ employment terms.

The SRC is due to carry out the evaluation of all state officers  jobs next year .