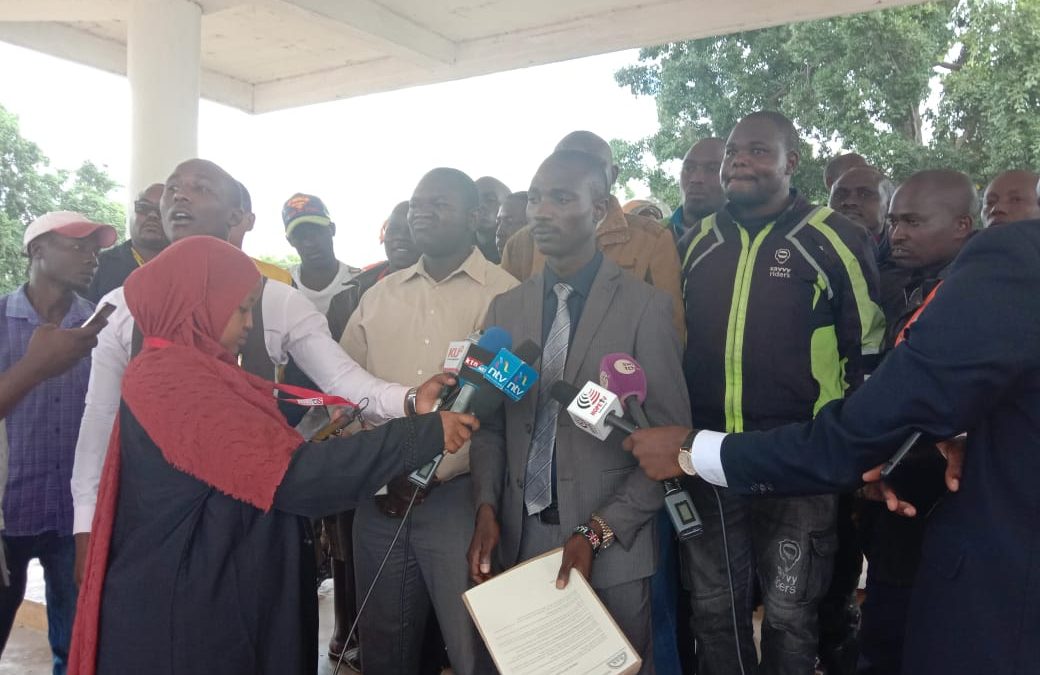 The Boda Boda Association of Kenya (BAK) is now calling upon the Interior Cabinet Secretary Dr. Fred Matiang’i,  Inspector General of Police, Independent Oversight Authority (IPOA), the Directorate of Criminal Investigations DCI and other relevant authorities to speed up investigations into the fatal shooting of Daniel Mburu, a boda boda rider and ensure the family of the deceased get justice.

Mburu was shot and killed by an Administration Police officer manning the gate of Mama Lucy Hospital in Nairobi on Wednesday, following a confrontation.

The 24-year rider was reportedly taking an injured child from Korokocho to the facility for treatment when a disagreement ensued between him and the officer.

Addressing journalists this afternoon, the association’s chairman Kevin Mubadi termed the act as inhuman. He called on the government to cater for the funeral costs of the rider.

On his part, the association’s secretary general Kenneth Onyango called on the government to respect the boda boda sector saying it is part and parcel of the economy of Kenya.