Believers in Uganda urged not to fear COVID 19 impacts 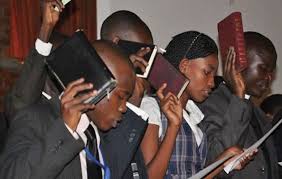 The Church of Uganda has urged believers to not be afraid despite the negative impact of the corona virus ravaging the world.

Arch Bishop Dr Stephen Samuel Kaziimba noted that Ugandans need to use the challenge to draw closer to God and turst God because through Him all things are possible.

However, the cleric reasoned that the fears are like stones in the hearts but people should not be afraid saying just like the stone was rolled off the tomb of Jesus, the country can smart from the ordeal.

He noted that there were lots of people facing fears citing the example of churches which depended on giving from believers who cannot congregate at present.

While delivering his message, the cleric described Easter 2020 as a very unique one saying the world has never had an Easter where people cannot gather to celebrate Jesus’ victory over death.