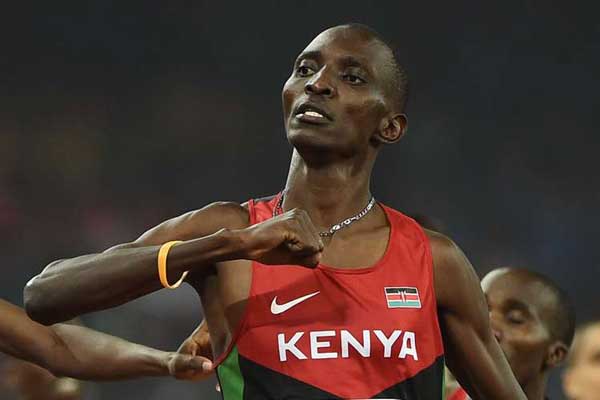 Kiprop, who is serving a four-year doping ban imposed in April 2019 after he tested positive for EPO, has joined a Nairobi motor-rallying academy with the hope of honing his motorsport skills.

“I am ready to begin again in a sport that doesn’t have doping conspiracy,” the 30-year-old Kiprop, who waged a long battle to prove his doping innocence, said on Twitter.

The former World and Olympic champion over 1500 metres disclosed that he would be working with veteran rallying personality Abdul Sidi who runs the Abdul Sidi rallying academy.

Sidi shared a text message sent by Kiprop, revealing the embattled athlete’s desire to be the first accomplished track athlete to complete a successful switch to rallying.

“Hi Abdul, My name is Asbel Kiprop. Olympic & World 1500m Champion. I desperately want to change my career. I want to race. I really wanna make a change. It will be nice to be the first Olympic & World champion in athletics to try motorsport. I really wanna learn alot from you. ???????? I’m looking forward to this career. After walking, you run, after running, you drive.

Kiprop later took to his page addressing his burning ambition to sit in the cockpit, stating that he hoped to be a good student under Sidi.

Kiprop was banned by World Athletics for a four-year period in April 2019 after testing positive for banned substances in November 2017.