All Set for Meru BBI rally on Saturday 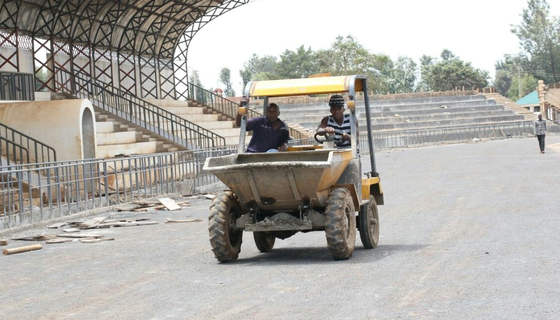 Meru County commissioner Allan Macharia has assured that all is set for the Building Bridges Initiative (BBI) meeting in Meru County this weekend.

Addressing the press at the Kinoru stadium the county commissioner has said that they are expecting over 20,000. This will be the first BBI meeting in Central Kenya. All the local hotels have been booked by the delegates expected at the event.

Macharia assured that the security has been beefed up ahead of the BBI rally that is expected to bring together 10 counties. He has urged motorist to corporate with the traffic police with heavy traffic expected in the town over the weekend.

ODM party leader Raila Odinga yesterday hosted Mt Kenya Governors in preparation for the BBI rally on Saturday. Under the leadership of Nyandarua Governor Francis Kimemia, the Central Region Economic Bloc leaders met with Raila at his Capitol Hill Square offices, where they discussed the BBI mega rally . Kimemia on his part assured that the Meru meeting to focus on economic growth.

Separately Meru Governor Kiraitu Meru has cautioned that those who believe the BBI is a waste of time, should not attend the event and waste their time in Kinoru Stadium.