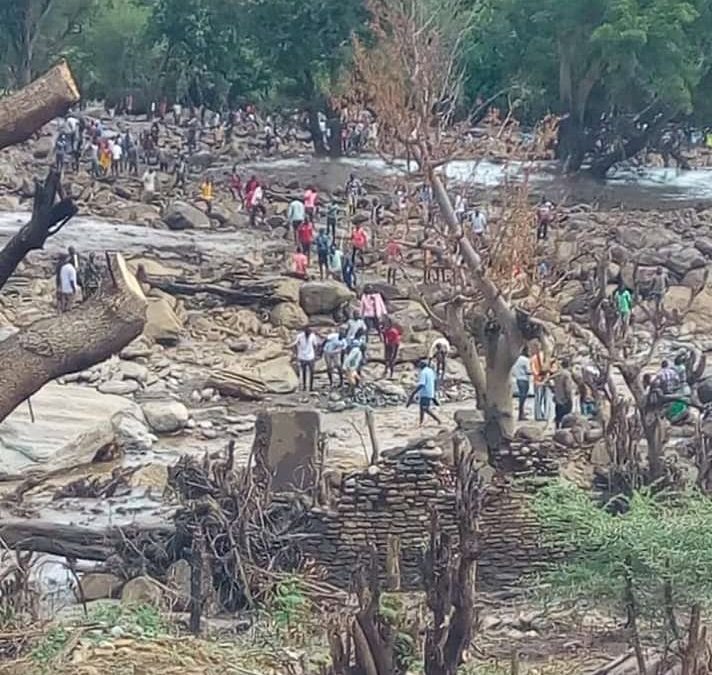 The government will use the Kenya Air Force to deliver foods and other essentials from Eldoret to families displaced by land slides in Elgeyo Marakwet and West Pokot counties.

Governemnt Spokesman Cyrus Oguna has in a statement said that the aid will be airlifted to the 493 families affected by the occurrence in Endo and Chesogon areas.

Among the items that will be dispatched by the government include food stuff, including 600 50kg bags of rice, 100 25kg bags of corn-soya blend ujimix, cooking oil and 200 basins.

He added that five police officers and two civilians had been airlifted to the Moi Teaching and Referral Hospital for treatment while 13 others were treated and discharged.

The governenment has also set up a Command Centre at the Sambalat Primary School and Cheptulel Secondary School in the two counties to facilitate the rescue and relief mission efforts.

The Elgeyo Marakwet Senator, Kipchumba Murkomen, called on the government to seek alternative resettlement for people living along the escarpment to provide a permanent solution to the problem of landslides in the area.