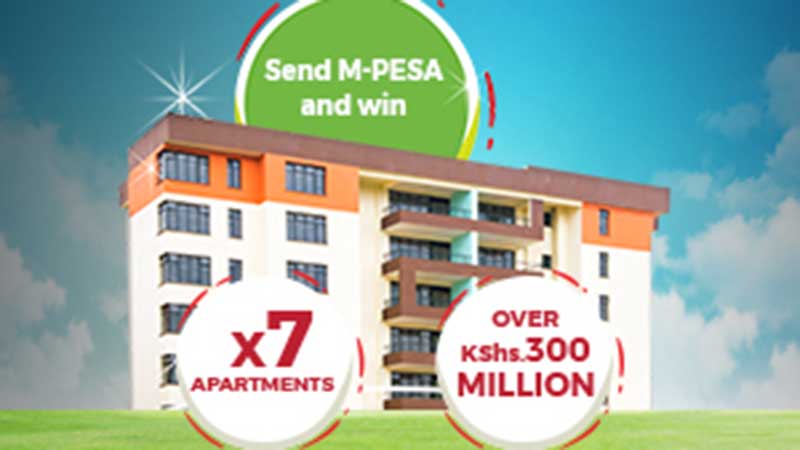 Safaricom (NSE) has awarded the fourth winner of a three-bedroom apartment in the ongoing Lipa Na M-PESA promotion.

Salma Salim Mohammed, a hotelier and receptionist at the Sarova Whitesands, Mombasa is the new homeowner of the three bedroom apartment located in Riruta, Nairobi.

Salma who is married with a five year old child had been previously working in Rwanda before moving back to Kenya in 2019 with her current employer.

Her win brings the total number of apartments awarded in the promotion so far to four, with two more apartments set to be awarded over the next fortnight. In addition, customers also stand to win 8 tractors kitted with a trailer and plough at the promotion’s grand finale, with one each for eight regions.

“At Safaricom, we strive to transform lives and make a positive impact for our customers. This promotions goes beyond the convenience, speed and safety of making and receiving payments on Lipa Na M-PESA, providing our customers with one more reason to celebrate through the different prizes,” said Sateesh Kamath, Chief Finance Officer, Safaricom.

The promotion has also seen 80 businesses drive home with 80 tuktuks, ten each in the eight regions. Businesses that accept Lipa Na M-PESA payments still stand to win 40 more tuktuks, five in each regions. The grand finale will also see eight business owners drive off with eight 12 tonne Fuso FI trucks, one in each of the eight regions.

Safaricom has also been awarding surprise cashbacks to 8 customers every minute, one in each region, for making payments through Lipa Na M-PESA, with merchants receiving 25 percent of the Lipa Na M-PESA transaction charges as a cashback every night.

The promotion is open to both customers and businesses who make and receive payments through Lipa Na M-PESA.