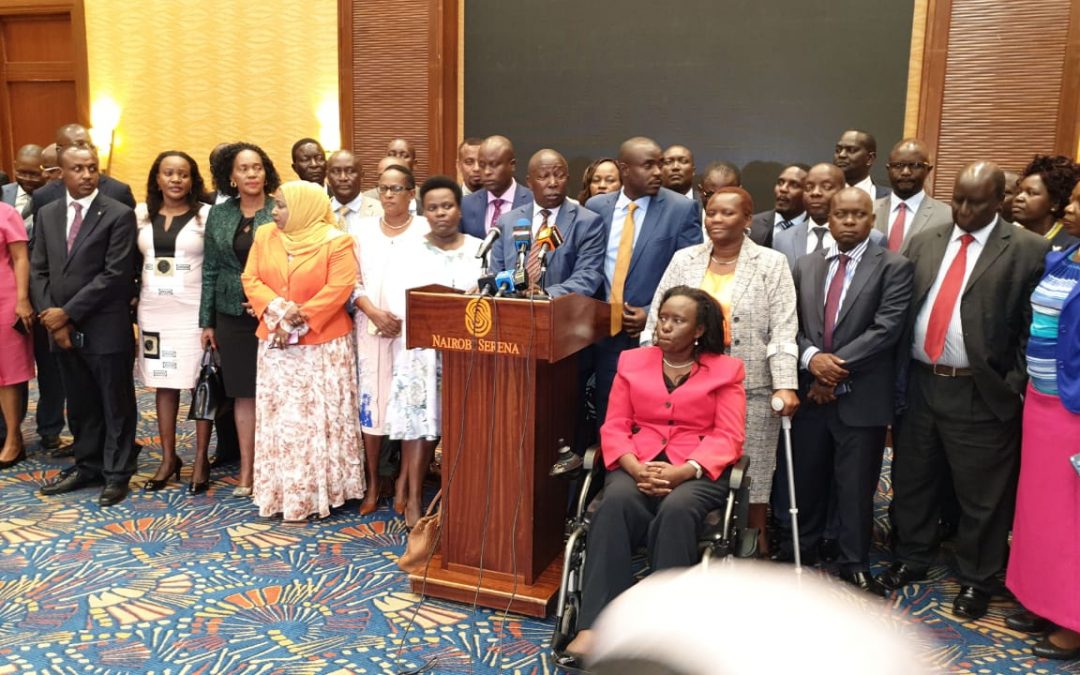 A section of politicians across the political divide have hit out at Deputy President William Ruto over his recent remarks that he is being targeted by the state.

Addressing the press at a Nairobi hotel, the leaders drawn from Jubilee, ODM, ANC, Wiper, Ford Kenya and KANU parties accused the DP of conducting himself in a manner in which borders on disrespect to the presidency.