7 die in Mandera from Cholera outbreak 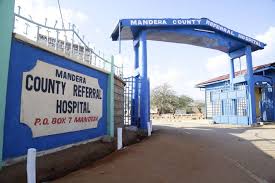 Seven people have been reported dead in Marsabit county following a cholera outbreak. According to the County Health Executive Jama Wolde134 others have been hospitalized in Illeret Ward.

The outbreak is said to have spread from neighboring Ethiopia. Marsabit county, has so far closed its borders to combat the spread of COVID-19.

Further, the Cabinet Secretary for Interior and Coordination of National government Dr. Fred Matiang’i announced the restriction of movement into and out of Mandera County to curb further spread of the deadly coronavirus. The health Chief Executive for the Ccounty said that they are establishing health centers in the region to avert further spread of the disease.