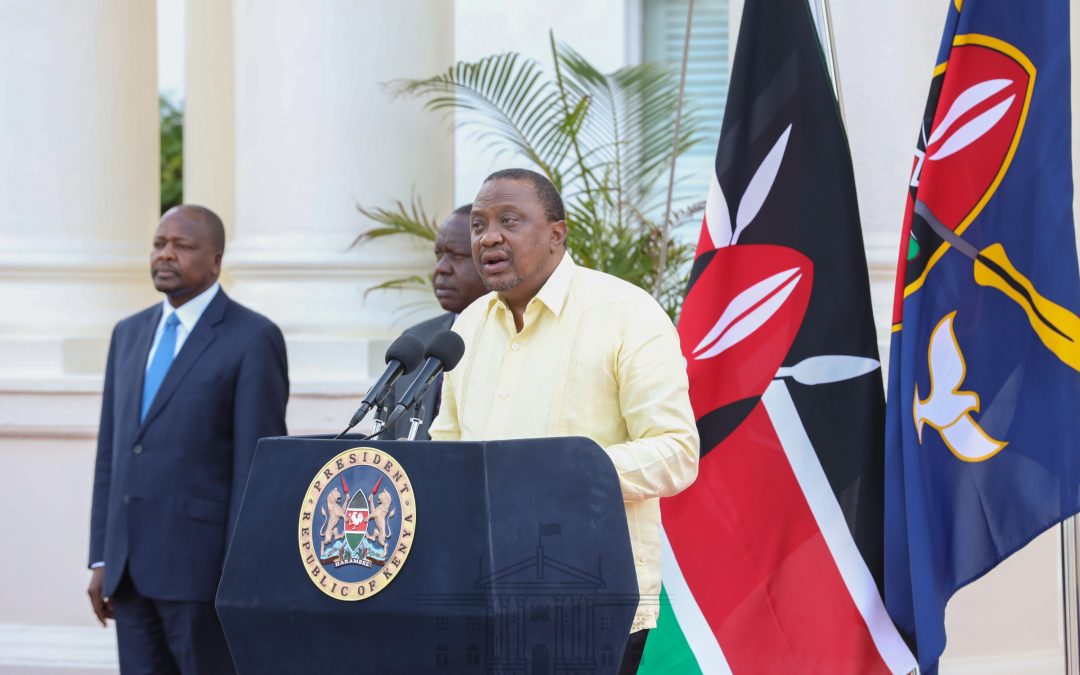 Kilifi , Kwale and Mombasa have also been listed under the new containment measures which will now face 21 days of containment of movement from 7pm , together with the ongoing curfew. Nairobi’s containment begins tonight while Mombasa, Kilifi, and Kwale will begin their containment on Wednesday.

The president clarified that the Nairobi Metropolitan area comprises Nairobi city County, parts of Kiambu up to Chania River Bridge, that is Thika, including Rironi,Ndenderu, Kiambu town, Parts of Machakos county up to Athi river, including Katani,part of Kajiado county including Kitengela, Kiserian, Ongata rongai and Ngong Town.

Other measures that the president has issued include the compulsory wearing of masks by all Kenyans.The president further restricted the any passenger movement by rail, road or air, and only allowed movement of food supplies and other cargo as had earlier listed.These will be assigned a single driver and designated assistant.

Meanwhile, the president has instructed the National Treasury to release 2 billion shillings that were proceeds from the fight against corruption to support the most vulnerable groups during this pandemic. He applauded government officials and members of the society for taking pay cuts and offering support to the government’s efforts int he fight against covid 19.