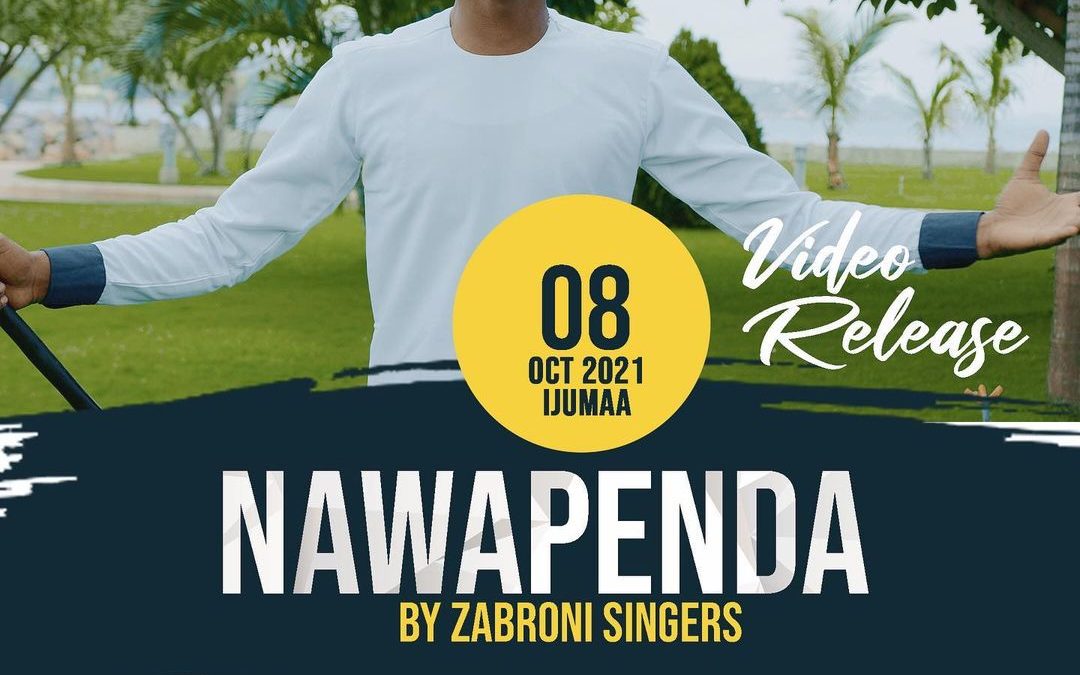 Tanzanian based Gospel singers, the Zabron Singers of the Mkono wa Bwana fame, have released yet another song titled “Nawapenda“, which translates to “I love you” in English.
The song is in praise of mothers and fathers in the family for their sound guidance and honors their efforts in raising their children well.
The song derives from the 5th Commandment as listed in Exodus chapter 20: 12 and Ephesians chapter 6: 5 that instructs children to honor their mother and father, which is the only commandment with a promise.
“Nawapenda” is written by the lead singer Japheth Zabron and produced by  Nsajigwa Mordecai of Mordens Music.
The video of the song  is already on Youtube, already enjoying viewership of 205K.
The choreograph has well captures the musical sounds of the group that incorporated a powerful back-up of Soprano, altos and a powerful bass, that powerfully  make up the chorus.
Other highly celebrated songs by the Kahama based Zabron Singers are “Sweetie Sweetie” and “Ntaweza” that have also enjoyed massive airplay and viewership across East Africa and the world at large.