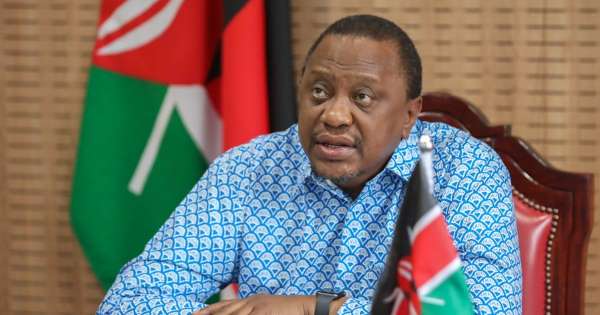 President Uhuru Kenyatta has joined world leaders in calling for effective and coordinated efforts to stop biodiversity loss.The President emphasized the need for urgent global action to not only reverse the destruction of nature but also accelerate the achievement of Sustainable Development Goals (SDGs).

“We must all work together with scaled-up ambition through partnerships, collaborations and cooperation,” President Kenyatta said.

The President’s message was conveyed in a recorded video statement delivered during the virtual High-Level Summit on Biodiversity at the 75th session of the United Nations General Assembly (UNGA 2020).

The President pointed out that the theme of the summit “Urgent action on biodiversity for sustainable development” speaks volumes to the role the world must collectively play to execute the global responsibility.

“We must build back better and smarter as it is no longer ‘business as usual’ but rather ‘business unusual’ to urgently deal with the vulnerabilities of our societies, our economies for a post Covid-19 recovery,” President Kenyatta said.

Noting that human activity has put the world in a state of global emergency, the President rooted for the empowerment of global organizations responsible for conservation to adequately deal with threats to biodiversity.

“It is, therefore, critical that the United Nations Human Settlements Programme (UN Habitat) and the United Nations Environment Programme (UNEP) among other global bodies such as the Convention for International Trade on Endangered Species (CITIES) are empowered to take up the challenge in a holistic manner,” the President said.

President Kenyatta said as one of the ten mega diverse countries in the world, Kenya recognizes the critical role of biodiversity in supporting cultural, economic and environmental needs including sustainable development.

The President told the high-level UN summit that Kenya’s sustained conservation efforts over the years have started paying dividends.

He singled out the ban on single use plastics and the moratorium on logging as some of the interventions that have resulted in enormous benefits for livelihoods and the environment.

“Furthermore, Kenya has sought fundamental actions in the green and blue economy premised on clean energy, increased forest cover, conservation as well as the sustainable use of oceans to protect our biodiversity,” President Kenyatta said.

UN Secretary General Guterres called for nature-based solutions to curb biodiversity loss and urged leaders to secure ambitious policies that leave no one behind in biodiversity conservation.

UNGA 2020 President Bozkir said this year’s biodiversity summit is crucial as it sets the stage for a global movement for urgent action on biodiversity and sustainable development.