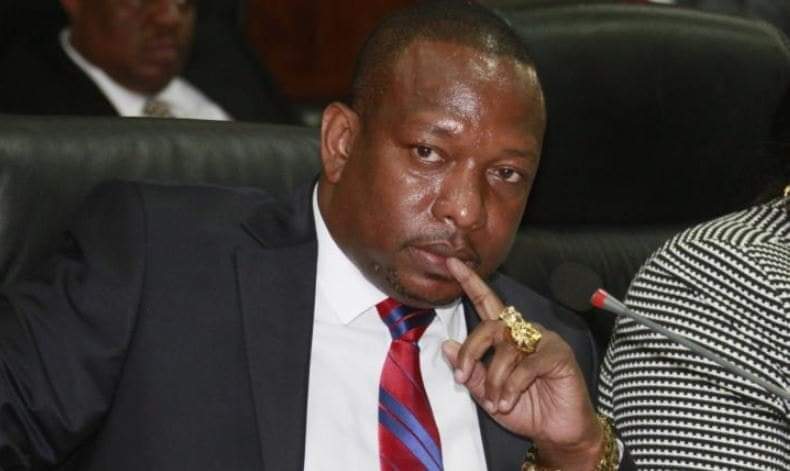 Wiper Party has lodged a case before Independent Electoral and Boundary Commission’s dispute Tribunal over clearance of Mombasa gubernatorial candidate, Mike Mbuvi Sonko’s nomination, due to his impeachment from Nairobi county gubernatorial office on December, 2020.

The complaint is in regard to the rejection by IEBC to clear Sonko to contest for the position in the august’s general election.

Addressing journalists at the Milimani Court in Nairobi today, Wiper party leader, Steven Kalonzo Musyoka, argued that there is a pending matter before the Supreme Court, and that Sonko is still innocent until proven guilty.

Kalonzo added that the clearance process by IEBC is plan to bar Sonko from vying since Sirisia constituency Member of parliament, John Walukhe, has already been cleared to contest for the position of Member of Parliament, despite his ongoing case.

“Earlier this morning, I accompanied Governor @MikeSonko as he and our @TheWiperParty sought to overturn an injustice. We believe in the age-old dictum of ‘presumption of innocence’. We have refused to be ‘unheard’. Let justice prevail”. Said kalonzo in a statement on his twitter handle.

The party now wants the panel to direct IEBC to issue Sonko with the nomination papers saying that there is no legal basis for the commission to reject Sonko’s papers.

The committee, led by their chair Wambua Kalonzo, directed the Returning officer to file his responses and appear before the committee tomorrow for interparty hearing.