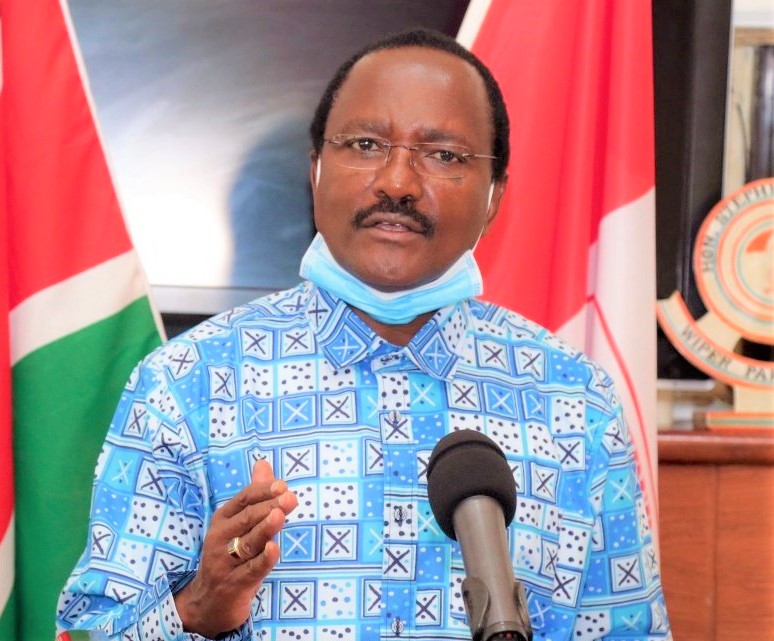 The National Executive Council of the Wiper Democratic Movement-Kenya, meeting under the leadership of the Party Leader  Kalonzo Musyoka, has authorized  Musyoka to seal a Cooperation Agreement with Jubilee and KANU with immediate effect.

Once the Cooperation Agreement is sealed, it will be signed by the Party Chairman, Hon. Chirau Ali Mwakwere, and the Secretary-General, Sen. Judith Sijeny.

The resolution was reached during a virtual meeting held via Zoom, with more than 50 NEC members unanimously backing an immediate implementation of the Cooperation Agreement.

At the same time, NEC resolved that a National Delegates Conference shall be called in the near future to endorse the formation of a Coalition between the WDMK, Jubilee and KANU.

In the meantime, Wiper Party still remains as a member of the National Super Alliance (NASA), it was resolved.

“This Cooperation Agreement does not breach our agreements under the NASA Coalition,”  Hon. Musyoka reiterated to the NEC members.