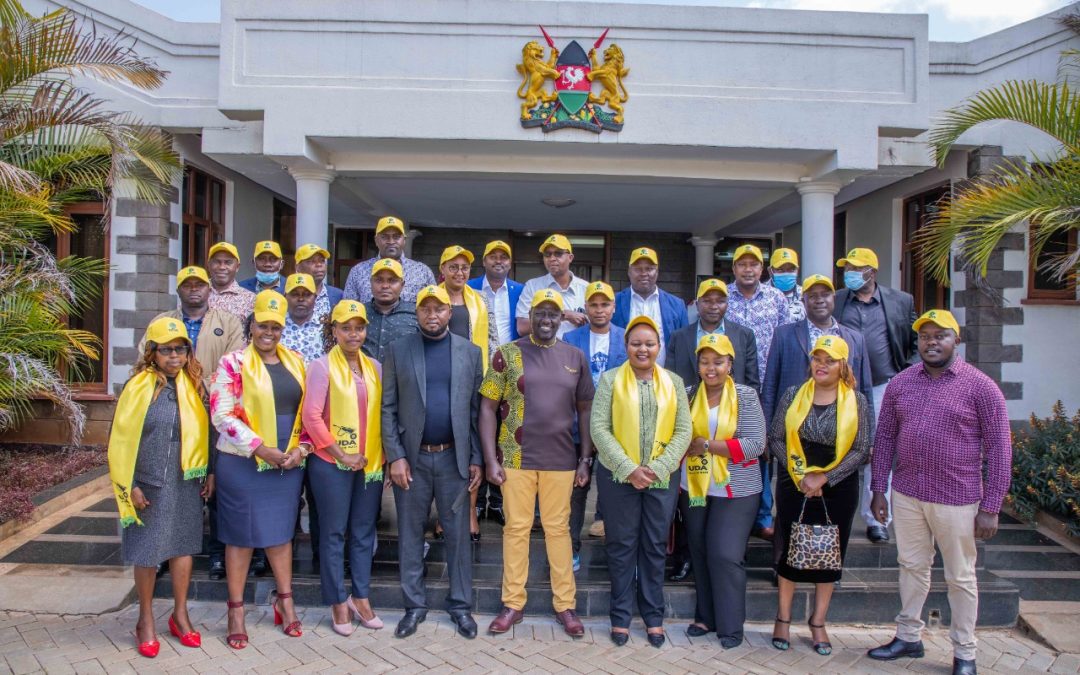 Accompanied by 23 members of county assembly including the county speaker, Governor Waiguru has officially been received by DP Ruto and UDA leaders at his official Karen Residence.

The meeting announcing her decamping from the Jubilee party comes weeks after the Kirinyaga Governor announced that she could not rule out joining the “Hustler movement”.

Speaking at DP Ruto’s residence, Waiguru quoted the bible, saying it directed her moving to UDA

“” The Bible says that when you lack wisdom , you ask for it. (James 1:5). I have asked for wisdom, and I think  I have listened.   I’ve even checked with people who are on the other side, you know, the ones who haven’t officially said they are moving. I have asked, is it betrayal if I moved? But the message that I have been given by everybody I have talked to, is that in politics you must be very careful to stay  relevant”, Waiguru said.

Waiguru had said that she would listen to the advice of her electorate on their preferred party to contest her re-election in the coming elections stating that her election on the Jubilee ticket would be a piped dream.

“You must be very careful to listen to the people, because if you do not listen to the people, never imagine as a leader that you are the one who tells the people. The people are the ones who tell you. They decide who they are going to elect very early in advance. If you go to the wards, you will hear them saying , “this one we will not elect”, “this one we are electing”. It’s them who decide. And when they decide that’s when you decide to stand. You don’t hear them saying they are not going to elect you and you still insist, uta anguka (You will fail)! “Waiguru stated.

The Kirinyaga governor went on to reveal that the  Mashujaa Day celebrations that were held in her county 5 days ago, were also a deciding factor for her, as the crowd cheered on for DP Ruto.

Ï  think Kirinyaga spoke. And the last speaking in Kirinyaga was Mashujaa Day. Anybody who had any doubts of where the Kirinyaga ground was..anyone..they heard it for themselves. They saw it for themselves. We even saw you were a bit startled yourself! We could see. And I have always said you have great humility because you did not chest-thump. You received it well. And that is why the people love you”, she told DP Ruto

Waiguru  had  promised DP Ruto to support him in his bid to succeed President Kenyatta.

Äs I have told you, even on this other side, we have been waiting for this moment because we all knew it was going to happen, because we are a family. We have a history together, we have complemented one another and we have formed a formidable team that has not only won us an election, but helped us to have a track record of working for the people of Kenya. It would have been a big loss if we didn’t come together so that we build on the success we have, to take this country to the next level”.