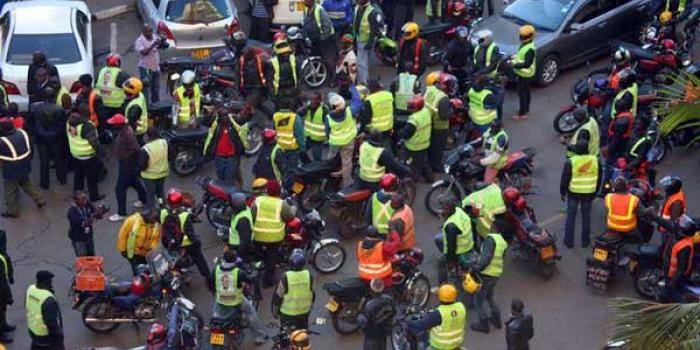 The National Police Service (NPS)  has arrested 16 suspects and impounded five motor cycles  in connection with the attack by the boda boda riders on a lady motorist in Nairobi.

In a statement on its social media page, NPS said operations continue as it appeals for more information on the incident from the public.

The government has meanwhile instructed the Boda Boda Safety Association of Kenya and the National Police Service to take action and root out bad elements within the boda boda industry.

This follows the incident in which a lady motorist was harassed by boda boda riders along Forest Road in Nairobi after a road accident. A viral video showed the several men surrounding the vehicle and  groping the lady as she cried helplessly in her video, still strapped to her car seat.

In a statement, Government spokesman retired Col Cyrus Oguna decried an increase in such incidences citing a similar one in Kisii.

Col.Oguna said while the government acknowledges the important role of the Boda Boda industry in the country’s economy, traffic rules and regulations must be observed by all.

“The incident is outrightly inhuman and should be deemed unacceptable by all Kenyans, ” Col. Oguna stated.

The government conveyed compassion with the affected lady.

“We appeal to members of the public who witnessed the incident to identify those who were involved, for action. Kenya operates within a set of traffic rules and regulations that must be observed by all road users without infringing on the human, property and road use rights”, the statement added.