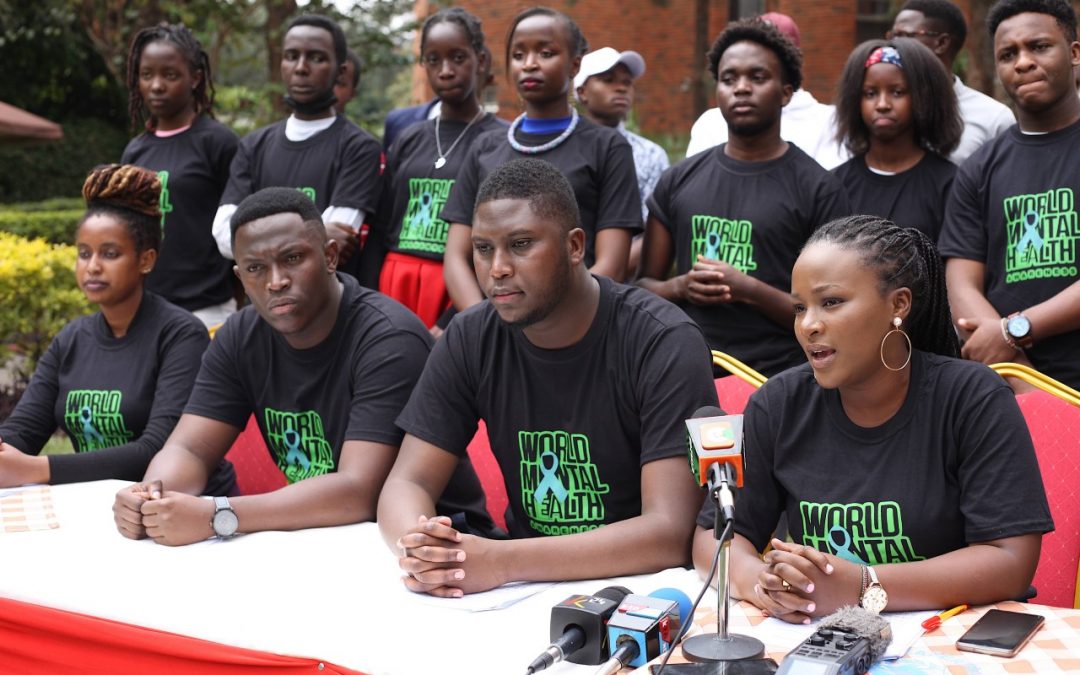 The Government  has been urged to enhance funding towards mental health awareness issues to curb the increased cases of suicide and depression among the youth.
At a press briefing, Kenya universities student leaders from 14 private and public universities called on the Government to be more deliberate in its approach on mental health issues by treating it as a serious medical concern, and not a peripheral issue.
This comes as number of suicide cases among the youth, particularly university students, has been on the rise in recent months – pointing to a worrying trend.
In Kenya, it is estimated that one in every 10 people suffer from a common mental disorder. The number increases to one in every four (20-25%) people among patients attending routine outpatient services.
In a 2017 report titled “Depression and Other Common Mental Disorders”, the WHO ranked Kenya fifth among African countries with the highest number of depression cases. The report went further to show that there exist high levels of depression and suicidal behavior, high levels of mental distress, and substance use in Kenya.
In their statement, the students called on the Government to review the progress of the Kenya Mental Health Policy with a view of identifying gaps that needed bridging.
“To the Government, we are calling on a status review of the progress of the Kenya Mental Health Policy which covers the period between 2015 and 2030. The policy is a commitment to pursuing policy measures and strategies for achieving optimal health status and capacity of every Kenyan,” they said.
The students also demanded for a progress review of the Ministry of Health’s Mental Health Task Force Report of 2020 which made several recommendations, among them, enhanced funding towards mental health care.
“Further, the Government should review the progress of the implementation of the recommendations of the Ministry of Health’s Mental Health Task Force Report of 2020.
“For instance, the Government should consider enhancing the budgetary allocation to mental health from the current 0.01% of the total health expenditure, as reported in the report, to a more substantive allocation. This, according to the task force, can be achieved by amending the Mental Health Act to provide for a Mental Health Fund,” they said.
The student leaders pledged to be more available to all students who would like to speak up, saying that they will reach out to well-wishers who can can fund Mental Health Awareness campaigns among student populations across the universities.
In doing so, the students announced that they would be launching an online awareness campaign aimed at creating a safe environment for students to share their issues.
“We are today launching a 60-day online awareness campaign on mental health among comrades in a bid to create a safe environment for comrades to speak and share issues as we seek solutions together.
“We hope that this is just the beginning of a conversation that will lead to the transformation of how the country handles mental health issues, especially among the youth,” they said.
This comes as the world commemorated the World Mental Health Day – which is marked annually on the 10th of October. In a statement, the World Health Organization said COVID-19 has had a major impact on people’s Mental Health with health workers, students, people living alone and those with pre-existing conditions having been particularly affected.