Universities on the Spot over satellite campuses and courses 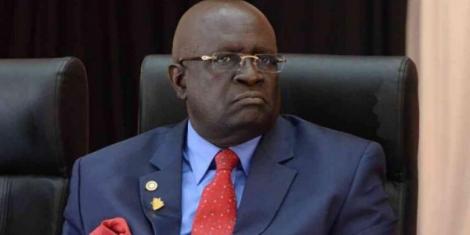 Education Cabinet Secretary Prof George Magoha has directed universities to immediately stop establishing more satellite campuses and begin to focus on improving the quality of services being offered in the institutions of higher learning .

Speaking when he opened the international conference on university reforms, Prof. Magoha questioned the relevance of the certificates from the universities in relation to the community. The Cabinet Secretary also asked universities to cut down on the number of non-teaching staff and raise faculty levels. The reforms have been themed “improving higher education performance”.

Speaking Separately, Nandi Governor Stephen Sang has proposed the scrapping of some programmes offered by universities in the country. Governor Sang argues some programmes have become obsolete and should be scrapped altogether.

According to him, many other programmes should be reviewed in order to fit the current market needs. Speaking at the Koitalel Samoei University, Mosoriot Campus, the Nandi Governor pointed some graduates have remained jobless over the years for doing an irrelevant course.
Some of the courses he claimed are irrelevant include driving, Anthropology, Health Records and Business studies.

Governor Sang further noted sometimes they outsource professionals and further urged students to pursue courses that will enable them become self employed.