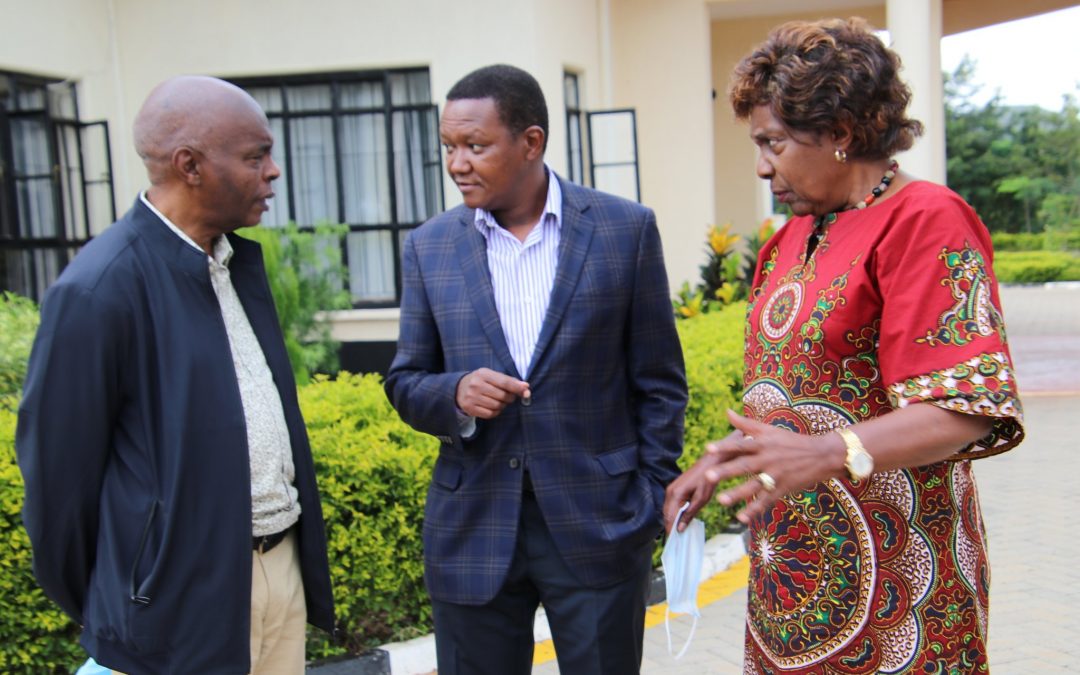 Governors from Ukambani region have urged President Uhuru Kenyatta to ensure he gifts the region with key development projects when he tours the region next week.

The Governors Alfred Mutua of Machakos his counterpart, Charity Ngilu of Kitui and Kivutha Kibwana  of Makueni said the Kamba community was highly expectant to have numerous projects completed to accelerate economic development in the region.

Addressing the press at the Makueni Governor’s official residence in Wote, after visiting Prof Kibwana who has been recovering from surgery last month, Governor Mutua said President Uhuru’s visit to the region should be productive in terms of development.

Gov. Mutua  added that  they expect the tour to yield positive development projects and not just an opportunity for some idle leaders to be seen walking around with the Head of State.

Governor Mutua also said that a team of technical teams in the three County Governments has been constituted to identify areas in the national government budget where they can make realistic requests for new developments.

He lauded the President for appointing a team of technocrats to work with them in identifying new projects within the current budget framework.

The three Governors thanked the President for his administration’s projects initiated in the region such as the Kibwezi-Kitui road, Thwake dam project, Konza Tecnopolis, Yatta dam and the Mbooni KMTC construction among others.

President Uhuru is expected in Ukambani next week, on the 6th and 7th of July 2021, with preparations said to be in top gear following the three governors’ meeting on Wednesday, to craft a common development agenda to be presented to the president.

Wednesday’s meeting preceded another meeting with Cabinet Secretaries and other government technocrats that is set for Thursday to align the region’s development needs with the national government’s Ksh 3.6T budget.

The three governors said the planned presidential tour is purely developmental and asked those expecting to make political capital out of it to keep off.

The head of state had been  scheduled to tour the lower Eastern region for two days; June 28th and 29th where he would inspect developmental projects affiliated with the National government. However, the tour was postponed  to next week due to unforeseen circumstances.

In Makueni, the President was to begin his tour at the Konza Technopolis before proceeding to inspect the Thwake Dam project and later launch Kibwezi-Kitui road.