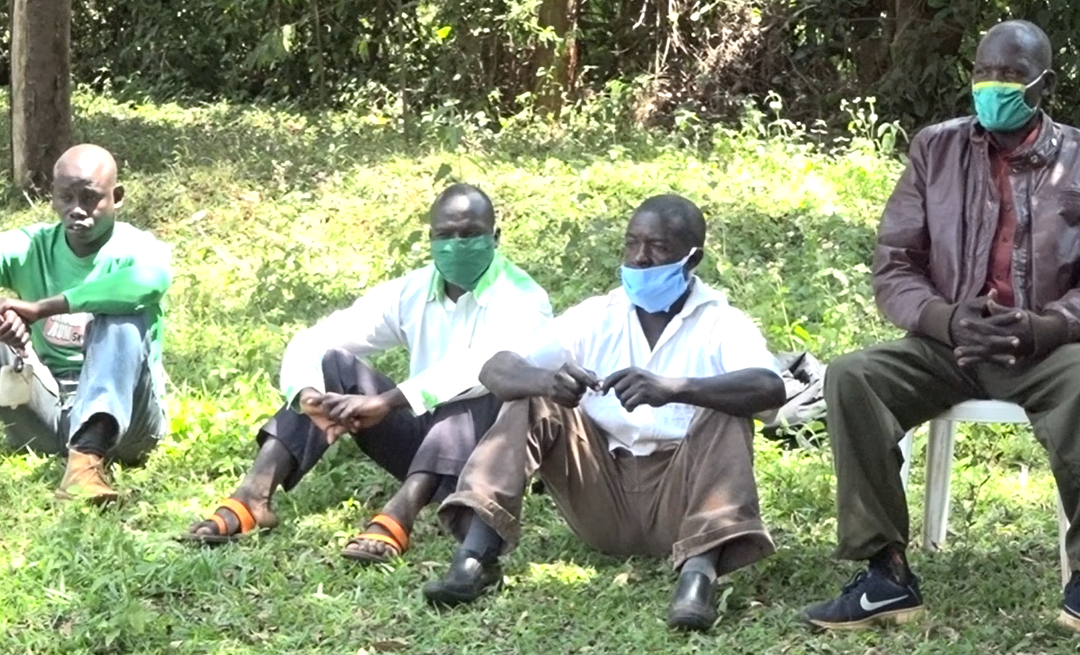 Residents of East Ugenya location in Siaya County are up in arms against national government administrators in the area whom they accuse of allegedly running a syndicate to disinherit them of ancestral land.

According to the locals who have sent a petition to the cabinet secretary for interior, Dr. Fred Matiang’i seeking his intervention, the syndicate is run by an administrator who doubles up as a private land dealer and has been targeting widows, orphans and the elderly.

Speaking to the media in Nyamsenda, the villagers led by Mzee Alex Ayere and Sylvanus Odhiambo said that close to 15 people in the sub location have lost their lands at the hands of the administrator whose alleged lust for land seems to grow by the day.

Odhiambo, the owner of parcel number East Ugenya/Nyamsenda/ 907 said the administrator influenced her old mother to unknowingly sign on a transfer document without involvement of the children, resulting into the sub division of the land into six parcels, four of which were sold to unknown people while two registered into the mother’s name.

“I complained and even took the matter to East Ugenya chief and when the alleged new owners were challenged to produce land sale agreements, they did not have any” he said adding that as the matter was scaled up to the office of the deputy county commissioner, Ugenya, the administrator returned a title deed but retained the rest while demanding payment.

Another villager, Onyango Jabo lamented that the administrator allowed the interrement of an unknown person on his land, alleging that it had been sold.

“I went to his office when unknown people came with the body sometimes in April this year but he refused to intervene and instead told me the land had been sold” said Jabo who took the media to the land where the cemented grave lies.

The villagers, among them Josephine Ouma said their efforts to have the office of the deputy county commissioner to intervene and help sort out the emotional land matters have not yielded fruit.

The field officer for Malaika Foundation, a non governmental organisation that documents cases of human rights abuses in Nyanza and Western regions Fred Ojiro said his office has received numerous complains from widows and orphans against an assistant chief in the area.

Ojiro said that five widows, a similar number of old men and four orphans have lodged land complains in their office against a single administrator in the area.

“This administrator operates a land brokerage business and seems to target widows and the old” said Ojiro adding that in one of the complains, an orphan took them to the home where they found it demarcated with beacons allegedly fixed by the chief and one of his sons.

He said there were a lot of things that requires the intervention of relevant government authorities to save the vulnerable from losing their inheritance.

“On 9/7/2020, we as the sub county security committee that I chair summoned the assistant chief for the area and the complaining public who were mainly his cousins” said the DCC who was flanked by members of the security committee, among them sub county police commander, Willy Simba.

Otieno, who denied protecting his juniors, said that after a daylong hearing, the committee found that most of the complains could not be proved and adviced the public to seek justice from the courts.

“If they have evidence, they should record statements and avail it to the sub county criminal investigations officer” she said adding that any body found to engage in criminal activities will be dealt with in accordance with the law, no matter the position in the society.