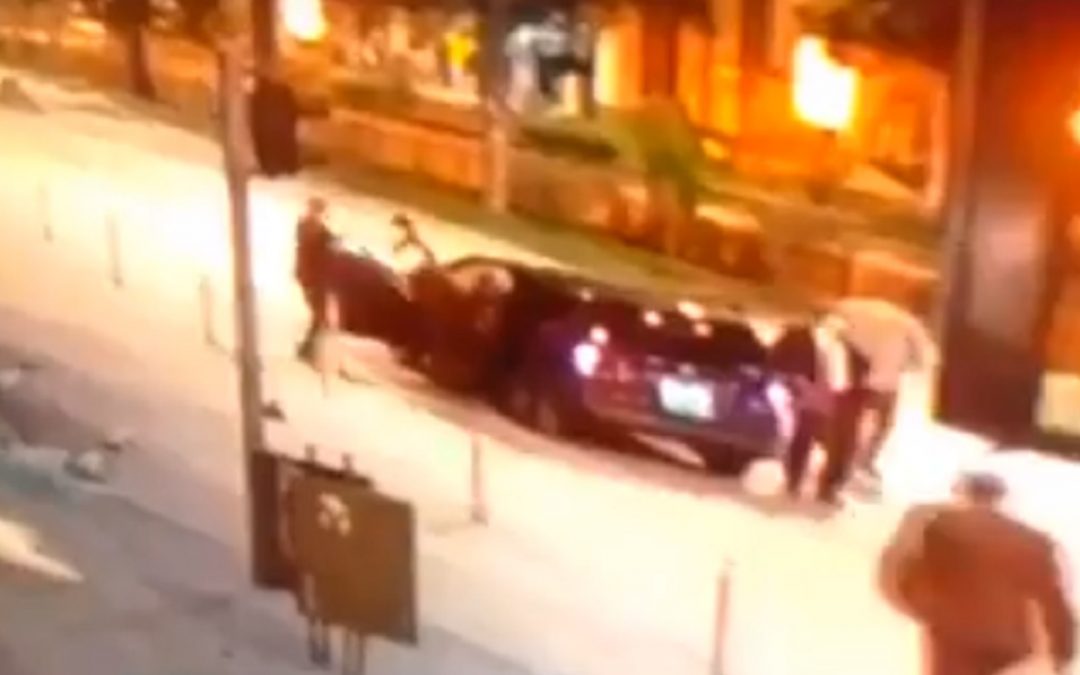 Photo courtesy
Two employees of Sarova  Stanley Hotel have been charged  with leaking  CCTV footage of the Head of State and former Prime Minister Raila Odinga on 2nd June this year.
Patrick  Ambogo and Janet Magoma appeared before Senior Principal Magistrate Bernard Ochoi  where they were accused that on the said day within Nairobi County at 8PM in the evening they jointly and intentionally without authorization intercepted a Security footage capturing the Head of State Entourage along Kenyatta Avenue.
The two are said behind the leaking of a viral clip that showed Uhuru and Rails in Nairobi’s CBD past the Curfew hour.
The two who are in charge  of the CCTV Security Control Room pleaded not guilty and were freed on a cash bail of Kshs 10,000 or Bond of Kshs 30,000.
There lawyers  Danstan Omari and Apollo Mboya however opposed the charges and demanded statements  from President Uhuru Kenyatta and Raila odinga.
“We want the head of state and former Prime Minster to record there statements.This offense does not exist in law.Our clients were never in State House.We shall be asking for a statement from Rails on the alleged viral clip,”they said
They also asked the DPP to re-look the charges as the two are only Casual Workers.
The matter will be mentioned on July 2nd this year.