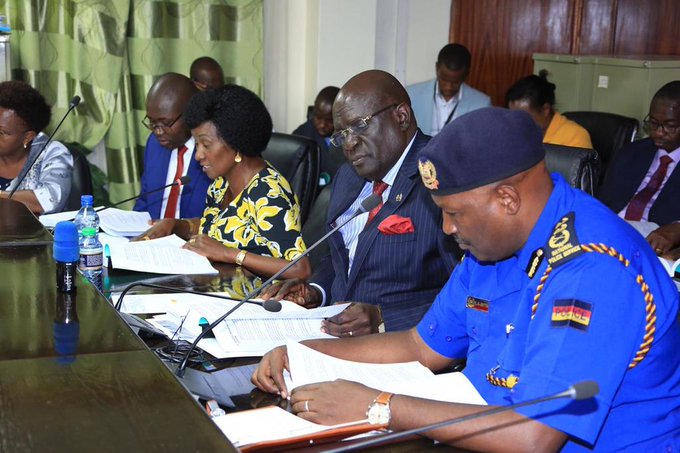 The Teachers Service Commission (TSC) has defended its move to transfer non local teachers from the North Eastern part of Kenya over insecurity issues.

While responding to the Questions raised by the Wajir West MP Hon Ahmed Kolosh, who last week; on the floor of the house, sought explanations why TSC has been transferring Teachers from the Region, TSC maintained it will not post teachers to North Eastern if the insecurity situation is not fixed.

Education Cabinet Secretary Professor George Magoha and Inspector General of Police Hillary Mutyambai were also grilled by the National Assembly’s Committee on Education over withdrawal of Teachers from the Region.

Appearing before the National Assembly’s Committee on Education chaired by Tinderet MP Julius K. Melly , TSC Chief Executive Officer Nancy Macharia noted that 42 teachers have been killed in terror attacks since 2014 pointing out the right of life supersedes the right to education..

According to Macharia, the Commission has taken various initiatives to help solve the stalemate, including engagement of Government Institutions, Political and Local leaders.

The TSC boss has called on leaders from North Eastern region to help identify students from their communities who can be trained as teachers so that they can fill up the gaps left by non-local teachers who have been transferred.

Responding to questions raised by the Committee, Education Cabinet Secretary Professor George Magoha stated that the transfer of teachers is the direct mandate of the Teachers’ Service Commission.

Magoha reiterated that the Leadership of the Northern region should identify students fit to be trained as teachers, so they can be trained a soon as possible.

On his part, Inspector General of Police Hillary Mutyambai emphasized on joint effort with locals working with security to root out the Al-Shabaab sympathizers and local elements assisting the terror group to target ‘ousiders’.

He noted noted that they have deployed more teams in areas within Garissa where there are more threats than others, and as a result, therate of attacks have gone down.

KNUT Secretary General Wilson Sossion urged TSC to work closely with the police to find a lasting solution to the situation.

The teachers transfer has caused a stalemate in the region as learning has grounded to a halt.So far Over 2000 teachers have been transferred by the Commission.